A Rundown of All the Pittsburgh Steelers 2017 NFL Draft Picks 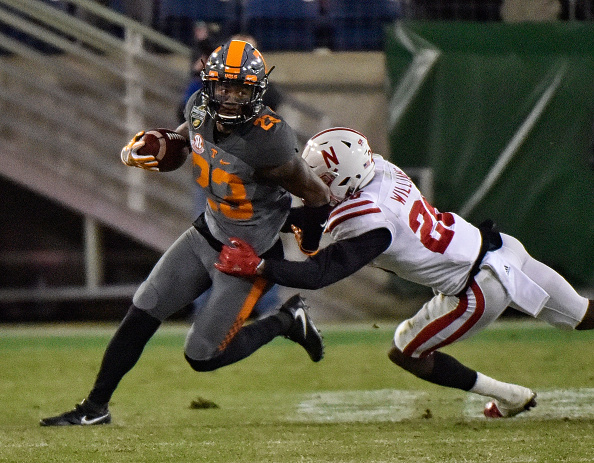 Sports Illustrated has a complete rundown of all of the Steelers 2017 Draft Picks and some commentary as well.

T.J. Watt, LB, Wisconsin: The Steelers will try again to find a pass-rushing complement for James Harrison, whom one would assume at some point in his 50s or 60s will have to stop playing football. Watt has a chance to finally end the search. He tested extremely well at the combine, and he plugs in much better in the Steelers’ 3-4 attack than he would have with a 4-3 scheme. The coaching staff in Pittsburgh won’t have to worry about effort here, either—he’s at full speed, all the time. He may never be an All-Pro, but this is a solid find at pick 30.? GRADE: B+

JuJu Smith-Schuster, WR, USC: Man, how many wide receivers do the Steelers need? If they’re all on the field together, this offense is going to be borderline unstoppable. But Pittsburgh, perhaps wisely, does not want to put all its eggs in the Martavis Bryant basket, and it has yet to see Sammie Coates take off as hoped. Smith-Schuster is a big-bodied guy who will win the one-on-one matchups he will be handed in that offense.? GRADE: C+

Cameron Sutton, CB, Tennessee: The highlight reel for Sutton is loaded with plays where he shows incredible instincts and makes plays on the football. He didn’t show that talent all the time, in large part because of injury issues, hence his Round 3 landing spot. He should get some chances as a return man. GRADE: B?

James Connor, RB, Pittsburgh: Not only do the Steelers land a hometown favorite with this pick, they get a physical option who can take a few carries off LeVeon Bell’s tally. He’s more than just a great story—he can hammer defenses between the tackles, and he showed some surprising pass-catching ability in 2016. GRADE: B+?