Do You Still Support the Steelers Following Sunday’s Pregame Actions Regarding the National Anthem? 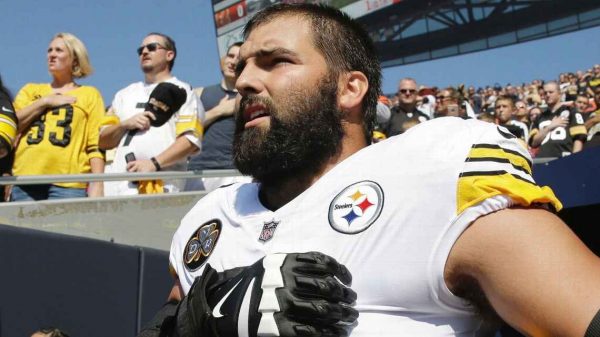 Yesterday watching the post game press conferences for Mike Tomlin and Ben Roethilsberger, I couldn’t help but notice comment after comment about how long time Steelers fans were ‘fed up’ with the way the team handled the pregame National Anthem and in a lot of fans minds ‘disgraced’ the flag.

In Tomlin’s post game presser, the first two questions were about the end of the half and the crazy play that nearly cost the Steelers a touchdown, and after that it was all about the National Anthem and the team’s decision to not take part.

What’s odd is the only Steelers player, Alejandro Villanueva, who came out and did stand for the National Anthem and put his hand over his heart, in the last 24 hours has the highest selling merchandise for ANY player in the NFL.

It’s insane to think that politics have flat out effected the fandom of a team this much, but obviously it’s a very touchy subject and one that is very near and dear to a lot of people’s hearts.

So what say you on the matter? Do you still support Steeler Nation following yesterday – and NOT for what happened during the overtime 23-17 loss, but for what the team did in the pregame for the anthem?

Do you just disregard the matter, or are you one of the many who commented yesterday that said they are ‘done’ with the NFL and more so Steelers football after the actions of the team.