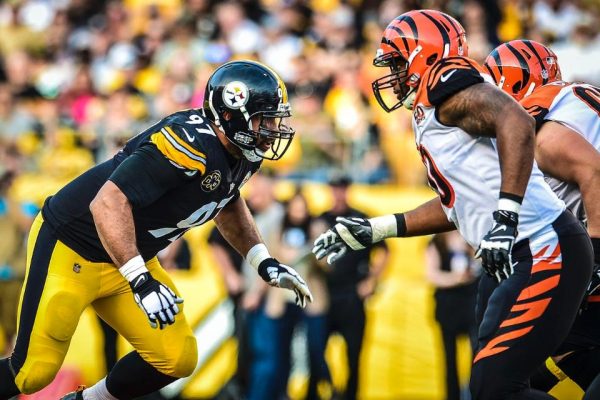 The Steelers defense had a rather up and down first half on Sunday as the Bengals scored twice in tying the game 14 all at one point. Then, the teams went in the locker room, and the black and gold defense looked like the Steel Curtain of the 1970’s.

They held Andy Dalton and the Bengals offense to just about nothing in the second half, with their only march into Steelers territory being on a punt return. What happened after that was impressive – a couple sacks and a quick three-and-out by the Steelers D put the Bengals right back into their own side of the field.

It was amazing to see how easily they were able to hold down the Bengals, a team with A.J. Green, Joe Mixon and Jeremy Hill, three playmakers that the cats hoped would lead them to the promise land.

Instead, it was the black and gold was as good as they have been at any point in 2017, and here’s to seeing if they can keep it up next week in Detroit.