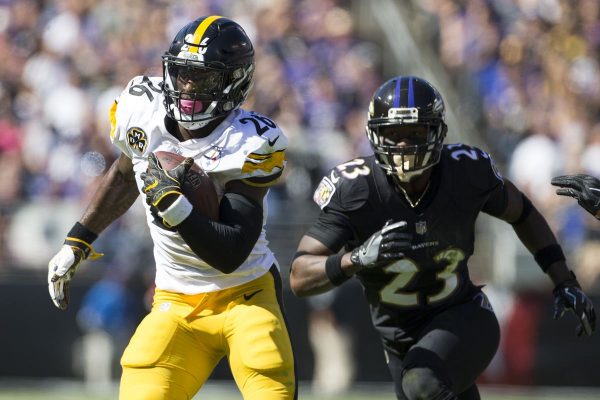 That’s the matchup in prime time (once again) on Sunday night at Heinz Field in Pittsburgh as the Steelers can deliver a knockout blow to the Ravens, keeping their AFC North mark perfect in 2017, and also clinching the AFC North.

The Steelers topped the Ravens earlier in the season in Baltimore, using the run game to pound the Ravens, and also picking off Baltimore QB Joe Flacco twice in an eventual 26-9 win that set the pace for the Steelers dominating the division.

The Steelers are coming off a win in Cincy Monday night in a game that some saw as a black eye to the NFL with the amount of hard hits and the two plays that were considered ‘dirty.’

Now the black and gold see the Ravens on a short week, a team that still has their eyes on reaching the postseason as a wild card, as they sit right now at 7-5, hanging on to the second wild card spot in the AFC.

Here’s three keys for the Steelers as they look to get to 11-2 on the season, looking to not only stay atop the AFC record wise, but also making the division theirs for the second year in a row.