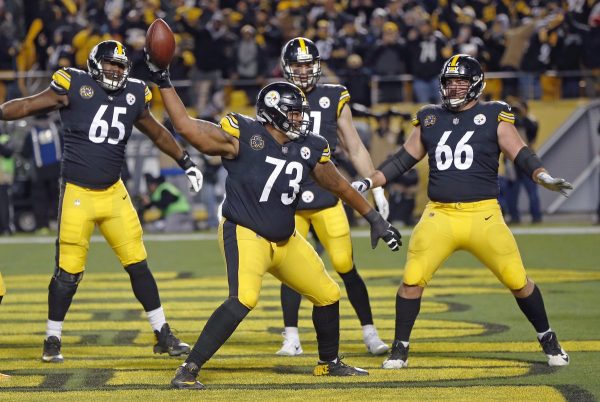 You didn’t think it would be that easy – right?

Sunday night felt like the Steelers played two or three games, playing at times like Super Bowl contenders, and other times playing like a team that will be one and done in the postseason.

In the end, their big names came through with record breaking performances, and despite some rather questionable calls by the officials, the Steelers pulled out the craziest game Heinz Field has seen in a long time – winning 39-38.

The win clinches the AFC North, and they did it in spectacular fashion, getting another 500 plus yard outing from their future Hall of Fame QB, and also a 200 plus yard receiving game from the best wide out to lace up his shoes.

The Steelers stay perfect in divisional play at 5-0, and this might have been the sweetest win over the Ravens since – well since last year when Antonio Brown pulled off the play of the year with reaching over the goal line to clinch the AFC North on Christmas Day.

Here’s a couple takeaways from the win, as the team won’t have much time to enjoy their win with some guy named Tom Brady ready to come to Heinz Field next Sunday at 4:25pm.