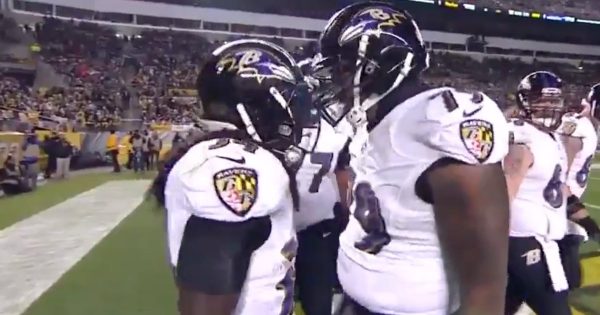 2. Long Night for the Steelers D

Yes, it was ugly, and without Ryan Shazier this team clearly didn’t look the same, as they were lost most of the night allowing the Ravens to march up and down the field.

That’s what I’m sure scared Steeler Nation, as the Ravens had :42 seconds to try and get into Justin Tucker field goal range to try and win the game.

That’s when a rookie stepped in and made the p;ay of the night on defense, as T.J. Watt got a strip sack of Joe Flacco, and the ball went out of bounds.

Unaware that the clock would start once the ball was placed, Baltimore let the final eight seconds run out without getting another play, much to the relief of Steeler fans.

In the end, it was a one-point win, BUT – this defense really didn’t play well, as they allowed a staggering 413 yards, including 213 on the ground with some guy named Alex Collins, who looked like Fred Taylor of the Jags in those games years ago when he would run for chunks of yards against the Steelers.