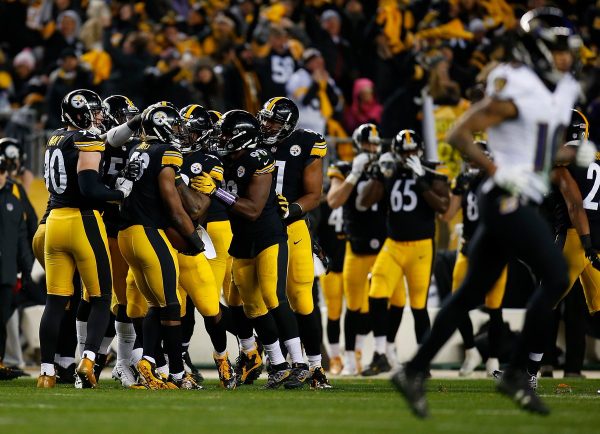 1. A Historic Night for Roethlisberger

44-for-66 for 506 yards and two touchdowns. Wow. No one could possibly have seen this type of night coming for Ben Roethlisberger, as he reached history as he is the first QB to have three 500 plus yard football games.

The game was so odd from an offensive standpoint, as the Steelers built a 14-0 lead, but then they went into somewhat of a funk. They did have a 20-14 halftime lead, but all the sudden you look up at the scoreboard and the Ravens were up 31-20 with 2:43 to play in the third quarter.

Credit Ben though and that Steelers offense for not giving up or giving in, as they fought to the bitter end, with the big play being the Ben to AB for 34 yards to set up the ‘Wizard of Boz’ with the eventual game winning kick.

Unlike the other two 500 plus yard games for Ben, on this night he needed very yard, and it all came in handy as the team pulled out the miracle win.