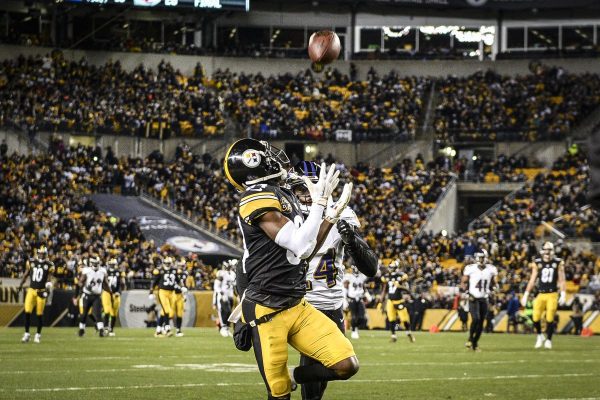 3. Can This Team Beat the Patriots?

Mark it now, the Steelers will not beat New England playing like they did Sunday night against the Ravens. They flat out got away with one to escape with a win, but Bill Belichick and Tom Brady will eat the Steelers alive if they don’t get things shored up on defense.

The good news is that New England comes to town off a short week, kind of like what the Steelers went though Sunday, having played Monday and then coming in for a Sunday game.

The difference is the Steelers will be at home, which should give them some sort of edge, but it won’t be enough to just assume they will beat the defending Super Bowl champs.

The Steelers need to get to Brady, pressure the Pats defense by spreading the field, and keeping the game close, as it’s awfully tough to win a shootout against Brady and company.

The game will almost for sure decide who is going to host the AFC Title game at the end of January, and the thought of the Steelers having to go to Foxboro to play the Pats for a second straight year is something rather haunting to Steeler fans.

Maybe the Dolphins can do the Steelers a huge favor with a big upset on Monday night, or at least a physical game like last Monday night in Cincy that could hopefully have the Pats coming in a little banged up.