Dez Bryant to the Steelers? One Pittsburgh Wide Out Would Love to See It 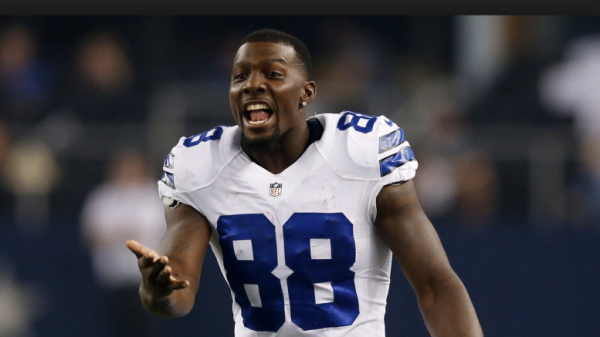 The Steelers wide out core seems pretty well set as the team gets ready for 2018, but there’s one player that leading receiver Antonio Brown would love to see the black and gold add to the roster.

Bryant, who remains unsigned after being released by Dallas this offseason, is back in the news after Brown on Tuesday put out a plea asking the receiver to come join him in Pittsburgh.

Come play with me @DezBryant let’s get the chip……….Eat Greedy……Big plates…….

Yes adding Bryant to the Steelers would make for quite a sight, but it also would upset the apple cart when it comes to balls going to rising star JuJu Smith-Schuster and others that have worked hard to be on this team.

So how does Bryant feel about possibly coming to the Steelers? Well, he retweeted the message from Brown if that means anything.

I wouldn’t hold my breath at this point though, as the Steelers don’t like to sign troubled players, and Bryant very much falls under that category.