Steelers Chatting with Kicker Chris Boswell About a New Contract 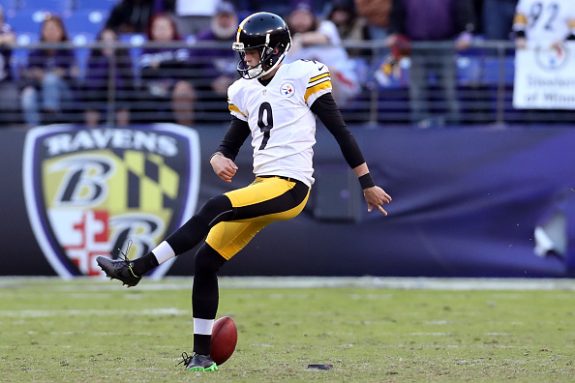 If there’s been one player on the Steelers that has been rock steady the last few seasons and deserves whatever he gets in a new deal, it’s that of kicker Chris Boswell.

The Post-Gazette is reporting that the Steelers and Boswell are in chats about a new contract, and that the talks about that deal started last week.

“They probably started at the beginning of the week,” he said. “And they’ve kind of been ongoig since then.”

If Boswell does not sign a long-term deal before the start of the regular season he’ll play this season for $2.9 million on the restricted free agent tender he signed in the spring.

“Boswell for President” has been ongoing on Twitter almost since the day he came in as the teams’ kicker, and for good reason. Last season he was 35 of 38 in field-goal attempts, including all four of his attempts from 50 yards or more.

Dez Bryant to the Steelers? One Pittsburgh Wide Out Would Love to See It
Report: NFL Looking Into the Steelers Using Deflated Footballs During Preseason Win Over Eagles