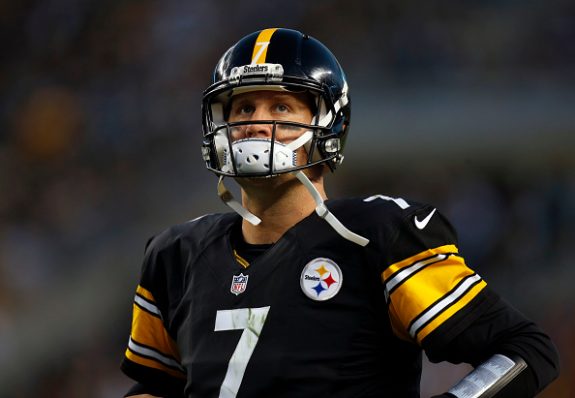 Tomlin said today that Roethlisberger sustained the injury on his non-throwing hand at some point in the Steelers big win Sunday at home over the Browns to move to 4-2-1 on the season.

In that game Ben was 24-of-36 passing for 257 yards passing and two touchdowns to Antonio Brown. Tomlin said that he does not expect the injury to be an issue as the team gets set to take on the Ravens in Baltimore this Sunday in rematch from the game earlier this year won by Baltimore in Pittsburgh 26-14 on September 30th.

After the game against the Ravens the Steelers will play host to the Carolina Panthers on Thursday night November 8th at Heinz Field before 10 days off when they then travel to play the Jaguars in Jacksonville on Sunday night football.

Inactives for the Browns vs Steelers NFL Week Eight
Le’Veon Bell a No-Show as Wednesday Meetings Begin for Steelers; Does it Even Matter?