Le’Veon Bell a No-Show as Wednesday Meetings Begin for Steelers; Does it Even Matter? 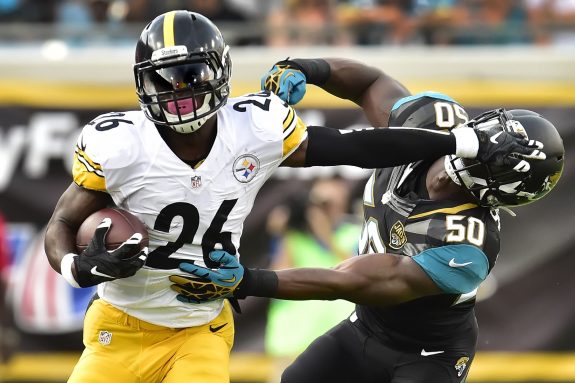 The official ‘start’ of the NFL week is today as the Steelers prepare for their rematch Sunday in Baltimore against the Ravens, and has been the case each week for the entire season, there’s one big name not on hand.

As the #Steelers get ready to begin meetings for another Wednesday of a work week, RB Le’Veon Bell is not present. He wasn’t going to show up before the trade deadline, ensuring he’d remain on the team… but he didn’t show up after, either. Still James Conner’s show.

It’s amazing how Bell continues to think that staying away from the team that made him a star is a good thing, and at this point with the season that James Conner is having, do the black and gold even need Bell?

Of course Bell IS going to show up at some point as he wants to be paid, and so he’s got to show up and collect his money or he will lose a year of NFL service.

If I am the Steelers at this point, I make him inactive and never let him play a down for this team again, and hopefully his value on the open market soars down so bad he’s forced to take a one-year deal at the league minimum instead of his wishes of making $15 million per season.