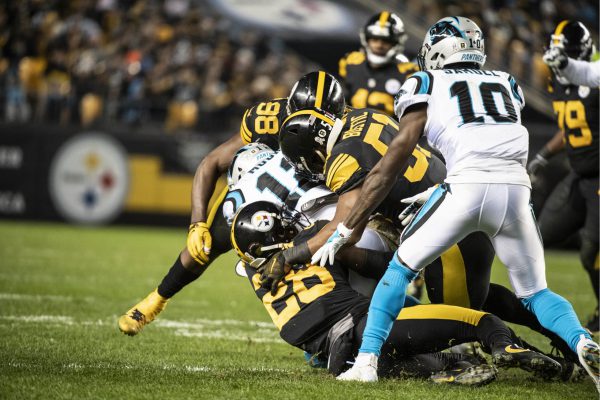 After an opening drive that saw the Panthers drive right down the field, going 9 plays and 75 yards for a score, the Steelers defense answered the bell from there, holding Carolina to 14 points and 167 yards the rest of the way.

Credit Keith Butler for coming up with a game plan to not only slow down Panthers QB Cam Newton, but also punish him and put pressure on him all night.

They also slowed down running back Christian McCaffrey, as he got off early in the game and scored a touchdown to get the Cats going, but held him to 77 yards on the ground, and 61 receiving

This mind you after he had 44 yards on the opening drive. Along with the win over the Falcons, this might have been the most impressive outing for the D in 2018.