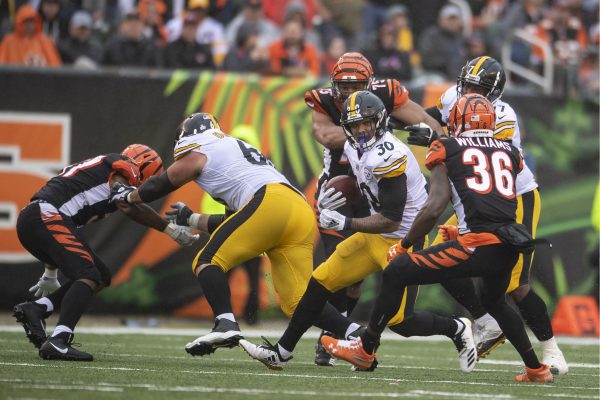 The Steelers have just two names on their final injury report as they get set for the New Orleans Saints on Sunday, but they are two huge names in terms of their firepower on their offense.

The first is running back James Conner, who is out for a second straight game with an ankle injury, an injury that took place in the fourth quarter against the Raiders on the road in Oakland.

Conner will once again be replaced by Jaylen Samuels, who stepped in a big way last week with 142 yards rushing on 19 carries, and he also caught two passes for 30 yards.

The other Steelers injury is wide receiver JuJu Smith-Schuster, who is listed as questionable with a groin injury. The injury means he’ll be a game-time decision unless there is some change in between.

The injury to Smith-Schuster took place in practice on Thursday and was held out of practice on Friday. The team didn’t rule him out, but missing Friday’s practice isn’t a good sign.

If Smith-Schuster is a no-go, the team will start rookie James Washington opposite Antonio Brown. Ryan Switzer and Eli Rogers will also get more playing time Sunday in New Orleans.