The Steelers May Have Already Won the Antonio Brown Trade Saga 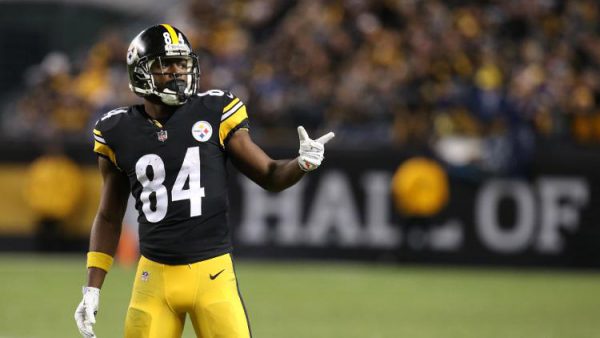 While the Steelers have had maybe their most quietest training camps in a decade, way out in California is a city that has not only had one of the craziest camps in a long time, they are doing it with a former Steelers wide out who has barely shown his face three weeks in.

Yes, that player is Antonio Brown, and the former Steelers diva is making a mockery of all the good things that he built up over the years as the leading receiver for the black and gold.

In the latest ‘As the World Turns – Antonio Brown Edition’ the receiver left the camp of the Raiders Sunday in Napa, once again over the fact he can’t wear a helmet that the league does not allow anymore.

Browns actions will pop up again if you want to do betting on next years march madness on what team he’s going to play on in 2020, because right now it’s unlikely the Raiders are not going to put up with this noise much longer.

Raiders general manager Mike Mayock was, for the first time it seemed, not happy with Brown’s actions on Sunday, walking right in front of the assembled Raiders media to let them know not only is Brown again missing – but this time it’s clearly not okay he’s not on the field trying to get better.

“So, here’s the bottom line — he’s upset about the helmet issue. We have supported that, we appreciate that. But at this point, we’ve pretty much exhausted all avenues of relief.

“So, from our perspective, it’s time for him to be all-in or all-out, OK? So, we’re hoping he’s back soon. We’ve got 89 guys busting their tails, we are really excited about where this franchise is going and we hope AB’s going to be a big part of it, starting Week 1 against Denver. End of story. No questions, OK? Just wanted you guys to know where we were. Fair?”

When the Steelers traded Brown in March, there was a lot of fretting about how the team not only was giving up on a great receiver, but also the fact that the team only got a third and a fifth round pick for his services.

Now it looks like despite not getting a first-round pick or a ton of picks for later on, the Steelers already are the winners in the saga involving Brown.

Yes he will play for Oakland this season, and yes (if he gets focused) he likely will have a big year, but push will eventually come to shove, and the Raiders will eventually jump ship.

It likely has already been discussed.

Sporting News Picks the NFL 2019 Division Winners – Where Do the Steelers Land?
Conner and Samuels – The Steelers Have Two Back Who Could Be Double Trouble in 2019