Antonio Brown Claims He and Ben Roethlisberger Were ‘Never Friends’ 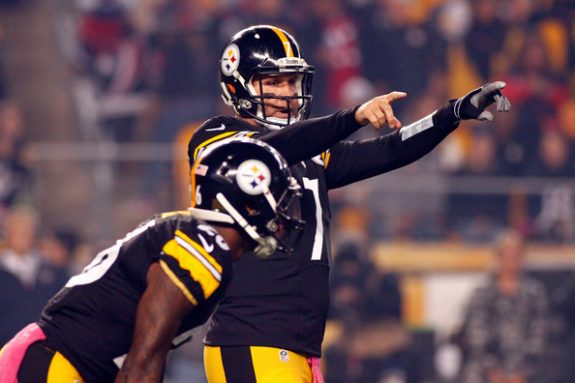 Ben Roethlisberger chatted with reporter Michele Tafoya of NBC Sports on Sunday, and per usual the topic of Antonio Brown and their relationship came up.

Ben stated that he wishes he hadn’t called out Brown after he threw an interception at the end of their Week 12 loss in Denver last season, stating that it ruined a friendship.

Brown, who has been more worried about his helmet over getting ready for the 2019 season this preseason, said in return that he and Ben were ‘never friends.’

Here’s the interview, and then below is a picture of the tweet where Brown said they were not friends. Since then, Brown deleted the tweet (big surprise).

#Steelers QB Ben Roethlisberger said during an interview with @Michele_Tafoya that he wish he wouldn’t have called out Antonio Brown @AB84 after he threw an INT at the end of the #Broncos game last season.

"It ruined a friendship." pic.twitter.com/F8mboCg4Si 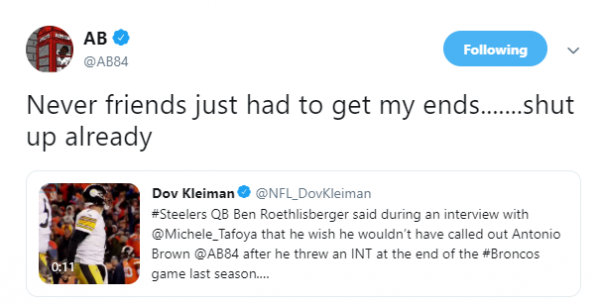