After a Sunday Night Stinker, WR Donte Moncrief Will Play Through Finger Injury 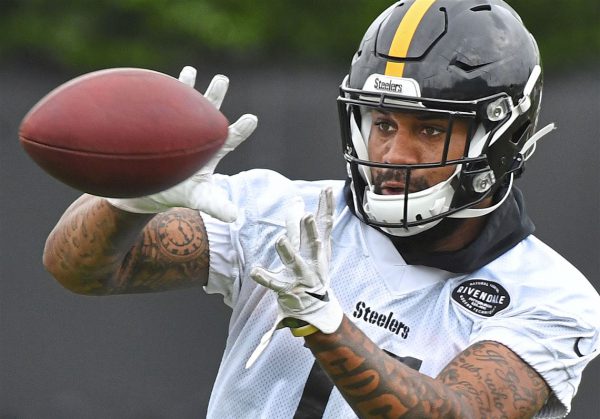 Coming off what he calls “my worst game ever,” Steelers receiver Donte Moncrief will continue to play through a dislocated finger suffered in training camp., Jeremy Fowler of ESPN reports.

The Steelers need a legitimate No. 2 receiver opposite JuJu Smith-Schuster, and Moncrief didn’t deliver during Sunday’s 33-3 loss at New England with multiple drops and three catches for 7 yards despite a team-high 10 targets.

“[Ben Roethlisberger’s] depending on me and I’ve got to make plays for him, hurt finger or not,” Moncrief said. “There’s nothing you can do to a dislocated finger, especially when you’re a receiver. You’ve just got to tough out the pain and go.”

Moncrief looked good at the start of training camp but missed time with the finger injury. He has been practicing in full for the last few weeks.

The Steelers signed Moncrief to a two-year, $9 million deal in the offseason. Moncrief played four seasons with the Indianapolis Colts and one with Jacksonville, where he caught 48 passes for 668 yards and three touchdowns.