Roethlisberger and Conner Hurt; Steelers 0-2 for the First Time Since 2013 Following 28-26 Loss to Seattle 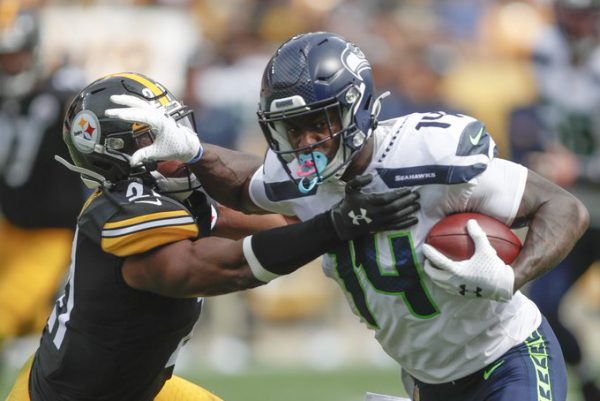 With their franchise quarterback sitting on the sidelines with an elbow injury, the Steelers defense couldn’t make one last stop of the Seahawks, allowing a fourth-and-one with two minutes left to end any last hopes fans may have had in a gut-wrenching home 28-26 setback.

The loss puts the team at 0-2 for the first time in six years, and while the effort was clearly much better than a week ago when they were beat by 30 by New England, the Steelers still let a tough game slip through their fingers with plenty of the usual mistakes that have hurt them the past few seasons.

Here’s a couple of quick thoughts as now the team has to get ready to go to San Francisco to take on a 49’ers team that beat the Bengals on the road Sunday 41-10. 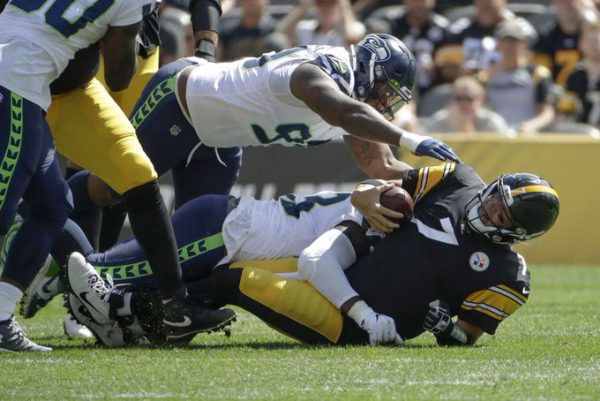 The Steelers franchise QB could only watch the second half, as his right throwing elbow didn’t allow him to be able to throw the ball, forcing the team to go to backup Mason Rudolph.

The injury is still very much a concern, as Ben was shaking his right arm late in the second half and by the time the team got the ball in the 3rd quarter he was done for the day.

Rudolph played well for the most part in place of Ben, going 12-for-19 for 112 yards, two touchdowns and an interception which was not his fault.

It’s up in the air as to how long Ben is out, and while this gives time for Rudolph to get more time with the first string offensive players, without Ben, this season could be over before it even starts.

The defense had their usual issues – like missed tackles, penalties, and the inability to get off the field on third down.

The biggest play of the game was a fourth down in which Chris Carson blasted through after it looked like the Steelers had him bottled up for a first down that clinched the Seattle win.

Before that fans had to watch Seattle running back Rashard Penny race basically untouched for a 37-yard touchdown that put the Hawks up at the time 21-13.

The Steelers defense allowed 426 yards, a lot of which came in the second half when they could have used a stop.

Seattle outscored the Steelers 21-16 in the second half, which was the reason why this team is 0-2.

Fans will hold their breath while they wait and see what’s going on with Roethlisberger’s elbow, and now sitting at 0-2 with the Ravens at 2-0, this team has to travel to the west coast to take on a hot 49’ers team that is 2-0.

There’s no question that the 2019 season is not starting out as the team expected, but not only is Ben’s injury a concern, but also James Conner left the game with a knee injury.

The team last season started out 0-1-1, so being 0-2 while is a little different, it’s not all that new to this franchise in terms of a slow start.

Let’s see how the big two injuries play out for the Steelers, and if they are going to be able to overcome them as they look to get a road win next week against the Niners.