Ben Roethlisberger to Have Elbow Surgery; Done for the Season 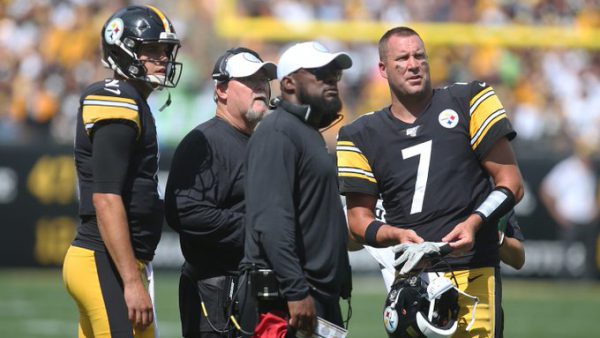 The worst fear for Steelers fans has come true – QB Ben Roethlisberger is done for the season as he will have elbow surgery.

Ben Roethlisberger underwent an MRI on his right elbow that revealed he will need season-ending surgery this week. He will be placed on IR.

The Steelers starter since 2004 injured his throwing elbow during the teams 28-26 home loss Sunday to the Seattle Seahawks.

With Roethlisberger done for the season, the starting QB job will belong to backup Mason Rudolph – similar to the situation when Roethlisberger became the starter in 2004 when Tommy Maddox injured his elbow in a week two loss at Baltimore.

The Steelers moved Josh Dobbs to the Jags last week, and Schefter reports that Devlin Hodges will likely get inked off the practice squad to be the backup for Rudolph.

“Ben Roethlisberger had an MRI on his right elbow Sunday evening and it was determined by the Steelers’ medical team that surgery will be required. We expect the surgery will be scheduled for this week. He will be placed on our Reserve/Injured List and is out for the season.”