Tomlin Quickly Dismisses Question Regarding the Coaching Position of the Redskins 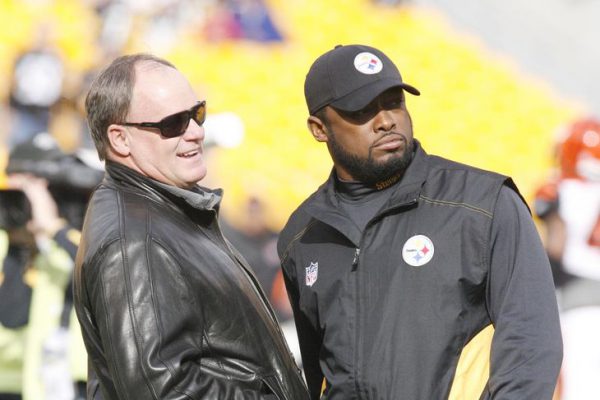 While Steelers head coach Mike Tomlin seemed to have his mind focused on what was coming up Sunday night in Los Angeles, you knew that at some point the question was going to be asked about the rumor that the Washington Redskins were interested in bringing him in as the head coach.

The rumor from various sources began Monday after the Skins canned Jay Gruden after the team’s sixth loss in six games Sunday at home to the Patriots.

Tomlin’s name was reported to be on a short list of Skins owner Dan Snyder, who reportedly wants to make a big splash with the next coach of the team.

Tuesday it took to the final question to finally be asked, but Tomlin was asked what he thought of the rumors – to which he quickly brushed off.

“I’m the head coach of a 1-4 football team that’s going on the road to play a Hall of Fame quarterback with a third-string quarterback,” Tomlin said.

“Do you think I’m worried about anything other than that?”

It’s not a shock that Tomlin would blow off the question, as he seems happy with the black and gold, and the coach got another short extension before the season showing that despite the tough issues the club has had in the last year, they still have confidence in him.

Mike Tomlin to the Redskins? It’s a Rumor that’s Likely Not Worth Even Discussing
Steelers RB Jaylen Samuels to Miss About a Month After Spraining His Knee