Mike Tomlin to the Redskins? It’s a Rumor that’s Likely Not Worth Even Discussing 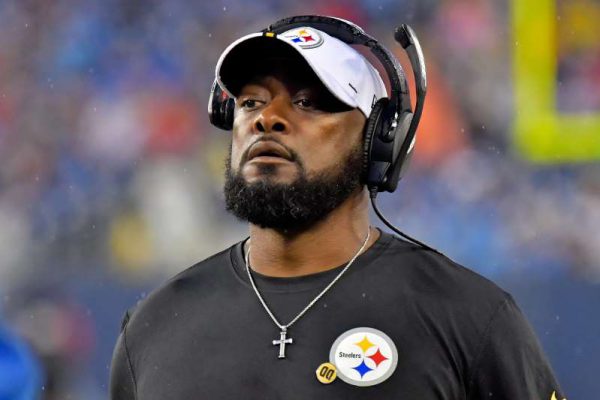 While the Steelers are off to a 1-4 start, many fans are or have been calling for the head of head coach Mike Tomlin, who has struggled getting this team to the promise land of the two Super Bowls they played in back in 2008 and 2010.

Today there’s rumblings that Tomlin ma have a job offer elsewhere if he wants it – that being the new front man of the Washington Redskins.

The Skins, to the surprise of no one, canned head coach Jay Gruden on Monday as Washington is off to an 0-5 start.

Rumors have been swirling all day that Redskins owner Dan Snyder wants to make a huge splash in his next hire, and that hire includes Steelers coach Mike Tomlin.

In a recent conversation with someone who knows Dan Snyder well and is aware of his thoughts on potential next #Redskins head coaches that any list of candidates would include: #Steelers HC Mike Tomlin, #Bucs DC Todd Bowles, #Chiefs OC Eric Bieniemy.

Now if you’re about Tomlin getting ‘traded’ to the Redskins (after all that’s the only way that would happen), remember this is a Steelers franchise that just gave their head coach an extension before the season, meaning despite the issues the team has faced since a bad playoff loss to the Jags two years ago, they like their head coach.

What could the Steelers as a franchise ask if they really would be interested in trading Tomlin? That’s a great question, and one would think right off the bat it would include multiple first-round draft picks from the Skins, including their 2020 pick which who knows, could be in the top two-three.

Here’s thinking that Tomlin is going to quickly squash this in his weekly press conference on Tuesday, as it’s without a doubt going to be one of the first few questions out of the box.

One national talking head that seems to like the thought of Tomlin being dealt is self proclaimed Steelers fans Stephen A. Smith, who says he’d love to see such a deal come about.

Steelers Get Win One of 2019; Beat Down the Bengals 27-3 to Move to 1-3
Tomlin Quickly Dismisses Question Regarding the Coaching Position of the Redskins