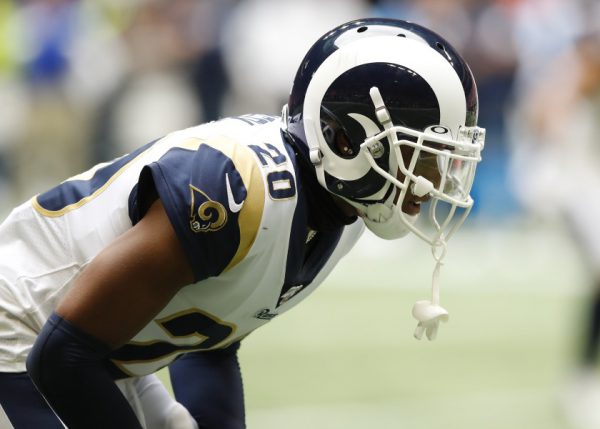 It’s been a rather quiet week when it comes to a cornerback that the Steelers know all to well, that being former Jaguar and now Rams CB Jalen Ramsey.

Ramsey, who was moved to the Rams before the trade deadline, finally has opened him mouth about Sunday’s game at Heinz Field, and in the process took a shot at Steelers leading receiver JuJu Smith-Schuster.

The corner said Friday that Schuster, who is listed as questionable for Sunday’s game with a foot injury, is nowhere near as good as former Steeler wide out Antonio Brown.

Here’s video of Ramsey opening his mouth per usual:

“No disrespect to him, he’s not Antonio Brown,” Jalen Ramsey says about JuJu Smith-Schuster, who he’s expected to match up against Sunday. However, Ramsey says he likes Smith-Schuster’s style of play. “He plays very physical, he plays strong, aggressive through the catch.” pic.twitter.com/N9KIvovcKd

It will be interesting to see if the words of Ramsey motivate JuJu enough to not only play, but to try and come up with a big play or two to shut Ramsey up in Sunday’s 4:25pm affair.

Video: Steelers Back to .500 Following 26-24 Victory Over Colts
Video: The Steelers Look to Get Over .500 in Big Matchup Against the Rams