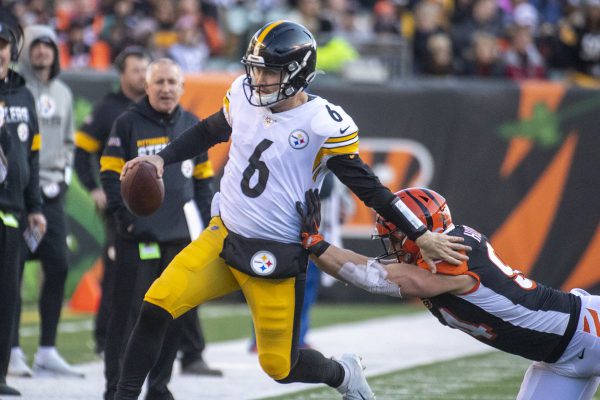 It’s sounding more and more like when the Steelers take the field in what’s basically a must-win against the Browns at Heinz Field Sunday, they are going to do it with Delvin Hodges at the quarterback spot.

From @gmfb: The #Steelers have a QB decision to make, as Devlin Hodges gives them a spark and may continue to do so. pic.twitter.com/yITGLLwqzB

Mike Tomlin made an interesting comment Sunday after the game about the QB spot, basically acknowledging that he already had a decision for next Sunday, but wasn’t going to tell the media who he was going to go with.

Mason Rudolph simply hasn’t been the same since the injury suffered against the Ravens, and then when you add all the drama from the first Cleveland game on and off the field, you almost can’t blame him for his inconsistent play on the field.

With that though, the team simply can’t sit back and wait for Rudolph to find himself if they want to get into the postseason in 2019.

Right now they are the 6th seed in the AFC, and any loss in the final five games would be crushing to their playoff hopes.

The team over the final five has the Browns, at the Cardinals, vs the Bills, at the Jets and at the Ravens. It sounds like it will be up to ‘Duck’ Hodges to get the job done if this team is going to play in January.