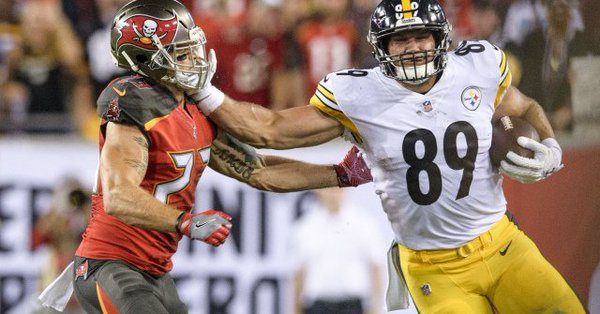 Going into Sunday’s huge prime time game against the Bills, the Steelers will again be short of impactful offensive skill players.

Out for Sunday night will be wideout JuJu Smith-Schuster and tight end Vance McDonald, as for running back James Conner, he’s listed as questionable according to Brooke Pryor of ESPN.

Smith-Schuster was unable to practice on Friday after re-aggravating his knee injury on Thursday and, at this point, it seems very possible that he will not return during the regular season.

He has not played since Week 11. In the meantime, sophomore WR James Washington and rookie WR Diontae Johnson have each had some great moments this season but the Steelers’ low-volume passing game coupled with the Bills’ strong secondary pretty much rule them out as fantasy options for Week 15.

McDonald remains in the concussion protocol. Nick Vannett will likely be the starter but the Bills are the second-stingiest defense in the league against opposing tight ends.

The probable return of Conner is the one bright spot for the Steelers offense this week. Expectations should be tempered, however, considering he has not played since Week 11.