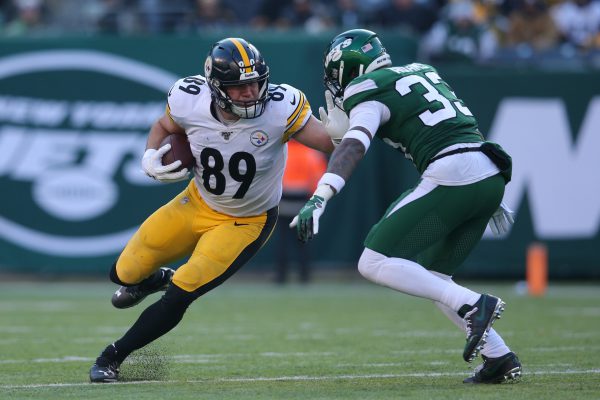 Numberfire.com has out a list of one player for each AFC team they think might be on the chopping block this offseason.

For the Steelers the site has picked tight end Vance McDondald as the player that could find himself released. Here’s what they have to say about Vance getting cut.

Tight end Vance McDonald has spent the majority of his time with the Pittsburgh Steelers seemingly tethering on the brink between breaking out and the roster bubble. For the seventh time in his seven seasons in the NFL, he failed to play in all 16 games. When he was on the field, his form did not warrant high praise. McDonald reeled in 38 passes for a mediocre (at best) 273 yards, for a mere 7.2 yards per catch.

Of the 27 tight ends to see at least 50 targets, only Jacob Hollister had a lower Target NEP per target than McDonald (-0.07). The Steelers offense should bounce back in 2020 if Ben Roethlisberger is able to perform at a higher level than Mason Rudolph and Devlin Hodges. That said, McDonald is not a player that can be counted on, not least at his current salary.

Now That 2019 is Over, the Steelers Have Plenty of Offseason Decisions to Make for 2020
An Educated Guess at What the 2020 Steelers Schedule Could Look Like