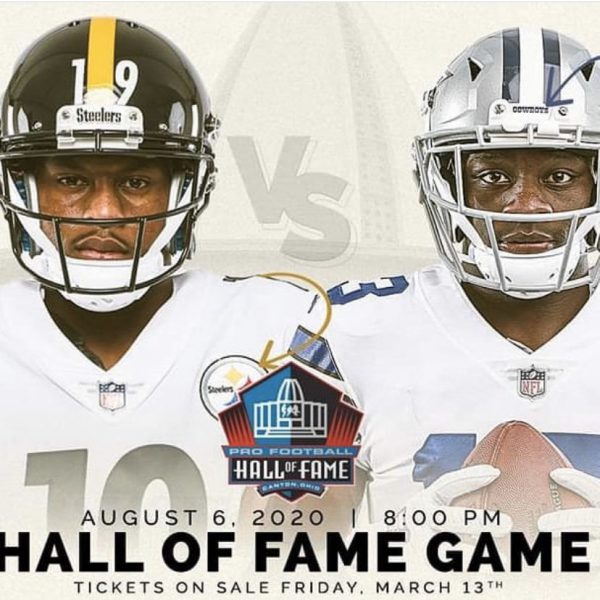 The Steelers will be in the national spotlight to start the 2020 season, as it was announced by the league today that the black and gold will take on the Dallas Cowboys on August 6th in the annual Hall of Fame Game.

The game will take place at Tom Benson Stadium in Canton, Ohio.

It wasn’t that long ago the Steelers played in the HOF game, as they took on the Minnesota Vikings back in the 2015 season to start the year.

The Steelers and Cowboys should not have agreed to playing in the game, as Mark Kaboly points out only two teams that have ever appeared in the game have made the Super Bowl.

Steelers vs. Cowboys in the Pro Football Hall of Fame Game on Aug. 6. It’s not a good indication of things to come. In the history of the HOF Game (52 times), only two teams who participated in the game made it to the Super Bowl that year — 2001 Rams and 1988 Bengals. Both lost.

Not An Inspiring Performance From Steelers Versus Panthers