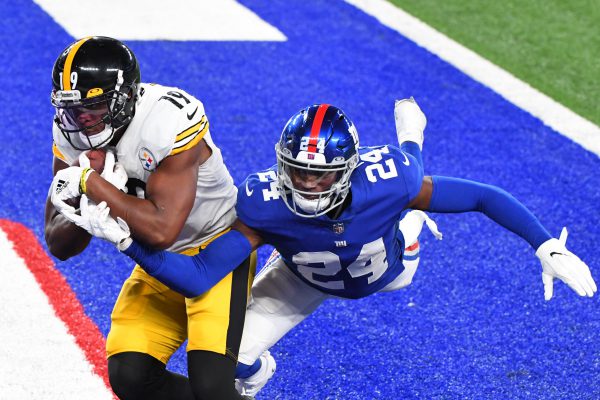 Don’t expect ESPN Classic to have Monday’s Steelers-Giants game on the tube anytime soon, but at the end of the day a 10-point road win to open 2020 was a welcome sight for a team that ended 2019 with three straight losses to miss the playoffs and end the year 8-8.

It also marked the return of franchise quarterback Ben Roethlisberger, and much like the team, Ben had some issues, but in the end did more then enough in throwing three touchdowns and 229 yards.

Let’s break down the win for the Steelers as they sit back and get ready for their home opener in six days against the Denver Broncos and second-year quarterback Drew Lock.

As stated above, Ben Roethlisberger had his share of struggles, but overall he came through and played well enough to easily pull out the victory.

“I am just so excited, I am just thankful,” Roethlisberger said on his postgame zoom to ESPN.

“I told the guys in the locker room before the game that I’m back because of them. I don’t need to accomplish anything personally anymore.

“It’s about being with a defense that I think is as good as any I have ever played with, skill guys that are young and fun to play with and then, of course my line, who I love to death and they love me.

“They are the reason I came back to play.”

Ben missed on 11 passes overall, going 21-of-32 passing for 229 yards and three touchdowns. He had some issues connecting with his pass catchers early, but if you would have said in his first game he would have been able to make the plays he did, anyone would have taken it.

The team was tested when it came to running back James Conner having to leave due to injury, and two offensive linemen, Zach Banner and Stefen Wisniewski left the game with injuries.

Overall Ben seemed pleased with how the team executed, and fans had to be happy with how their franchise QB stepped up.

2. Injuries Put a Damper on the Win

You’ve got a 38-year-old quarterback coming off a season in which he played in two games, and now this next week he’s got to go up against the Broncos with two of his linemen, Zach Banner and Stefen Wisniewski injured.

Also there’s the case of yet again James Conner going down with an ankle injury, but the way Benny Snell ran the ball (19 carries, 113 yards), that injury likely isn’t nearly as bad or as important as the two injuries to Banner and Wisniewski. 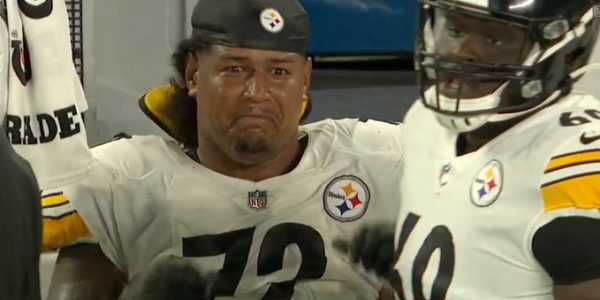 After the game coach Mike Tomlin was quick to point out the injuries, stating that Wisniewski (pec), Banner (knee) and Conner (ankle) are all being evaluated, but it looked the worst for Banner, who was very emotional on the sidelines.

The very early speculation is a torn ACL, and here’s the play that ended the night for Banner,

The obvious hope is it’s not that bad, but it seems far fetched that either of the two linemen will be able to go Sunday at home against Denver.

Anyone remember last year’s season opener? It was a Sunday night matchup on the road against the Super Bowl champion Patriots, and the Steelers were dominated in every phase in losing 33-3.

Name the unit, offense, defense, it didn’t matter, the Patriots made mince meat out of the Steelers, and little did we know that it was not the worst thing that would happen in the first two weeks of the season.

The team was steadfast that they were going to stay focused, regroup, and have a much better effort the next week.

Instead it was maybe worse just based on all that happened in the loss to the Seahawks at home, with the biggest being the end of the season for Roethlisberger.

This time around as stated it was a much better all around effort, and while it was not perfect, the team can go into Sunday afternoon’s home game versus Denver looking at a 2-0 start.

Injuries can derail a season quicker than anything in the NFL, and while the Steelers suffered a couple, there was a lot more good signs than just the final score.

Great start! On to the next. #HereWeGo

The team will have a couple days to not only get the injuries and what they mean settled, but also to find out what players will or can step up and get chances.