Day After Thoughts: The Run Game, Jaguars Week, Give Ben a Break? 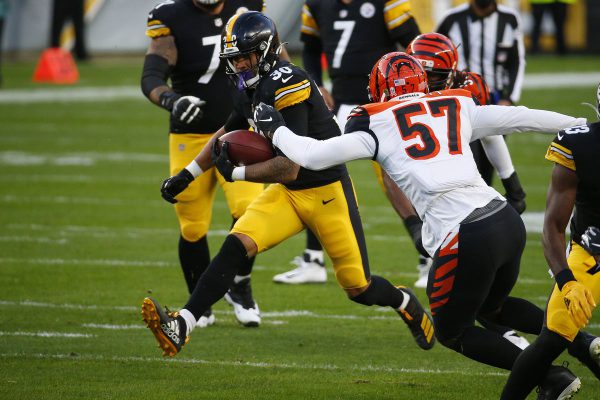 The Steelers are 9-0 for the first time in franchise history, and Sunday the team finally got what could be considered a “breather” as they blew out the Bengals 36-10 at Heinz Field.

It’s really only the second “blowout” win for the Steelers, the other being the Browns 38-7 beatdown on October 18th at Heinz Field.

Here’s some thoughts on Sunday’s win and looking ahead to Sunday’s next challenge, a game in Jacksonville against the 1-8 Jaguars.

1. More Struggles in the Run Game

44 yards on 20 carries. That was the effort Sunday from the run game, another tough game trying to get yards on the ground as the club averaged just 2.2 yards per carry.

It can’t all be on the running backs, as the O-line and the game plan as a whole has to be at blame as well, but no matter, all fans see are numbers and the lack of big runs and big plays from guys like James Conner and Benny Snell Jr.

Conner had 36 yards with a long of 16 yards, and in December and the postseason that’s not going to get it done.

I’ve called to see more of Snell Jr., and maybe it’s time to commit to seeing what he can do in some tight situations.

It’s hard to complain when your team is 9-0 and rolling in the division, but if there’s an area on the team that needs to be addressed right now, it’s got to be the lack of success in rushing the football over the last five weeks. 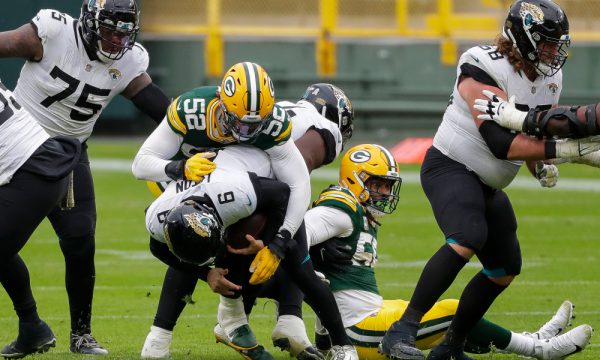 The Jaguars are not a good football team, but were we not just saying that two weeks ago as we began to look ahead to the Dallas Cowboys?

There’s some things about the Jaguars that the Steelers have to be weary of as they get set for a Sunday road trip to Florida.

First they have been competitive the last three weeks, hanging with the Chargers, Texans and Packers.

The Jags limited Green Bay to 51 yards of offense in the first quarter Sunday, but then (yet again) allowed a big play, as for the second-straight week, they gave up a touchdown of 70 yards or more.

Their special teams played very well against the Pack, as they got a 91-yard punt return from Keelan Cole Sr. Remember the struggles the Steelers had two weeks ago against the Cowboys? They have to be aware of this heading into Jacksonville.

The Jags (for the moment) have given up on the “Minshew Show” and are giving a chance to 6th round draft choice Jake Luton, who played his college ball at Oregon State.

Luton isn’t going to remind anyone of Joe Burrow or Justin Herbert, as he’s struggled with a 59.0 QB rating throwing for 473 yards and two picks and two touchdowns in two games.

For whatever reason, the Steelers have always seemed to struggle in Jacksonville, let’s hope that’s not the case Sunday.

The Steelers future Hall of Fame QB didn’t do much physically this past week after having to sit five days due to Covid protocol, and all he did was have his best game of 2020, throwing for 333 yards and four scores and he didn’t get sacked once.

He said after the game that maybe he should miss practice all the time, and while it was basically a joke, it might not be a bad idea to give Ben more time off for that elbow to rest, and also for him to just have a break mentally.

It’s a fine line, you don’t want to start having your QB not practicing, but on the other hand they already give Ben Wednesday’s off, and it might not be a bad thing overall to give him some time off on a Thursday or Friday.

You also never know when you may have to play a Josh Dobbs or Mason Rudolph in a pinch, and these guys are two guys that could use the practice, not really Ben who just seemed fresh and on target most of the day Sunday in the win.