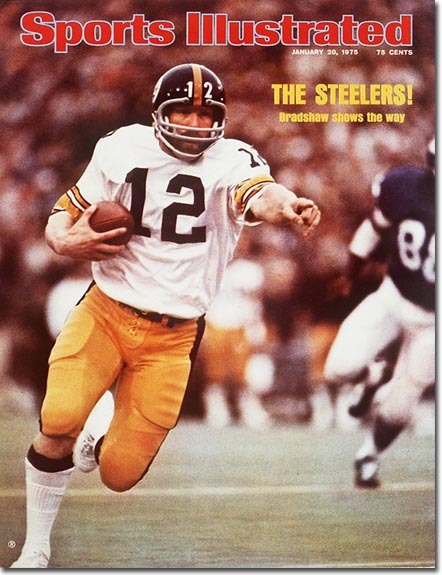 We all know that the Steelers have a rich tradition of big plays over the course of their history. From six Super Bowls to countless playoff games to huge wins, the Steelers are the most celebrated NFL team in history for a number of reasons. Today we start our countdown of the “Top 10 Catches in Steelers History”. Today, we throw out Number 10. Be back tomorrow for Number 9:

No doubt that in 1975 the Steelers were a run first football team, as Terry Bradshaw was a long way from a Hall of Fame QB, and the team relied heavily on Franco Harris and Rocky Bleier to get the job done. Super Bowl IX saw the Steelers and Vikings battle in tough conditions in New Orleans, and entering the 4th quarter the Steelers led just 9-0. Minnesota got back in the game on a blocked put to make it 9-6, and the game was by no means sealed. Then it was time for the Steelers offense to go to work from their own 34. The big play saw Bradshaw hit tight end Larry Brown with a 30-yard pass to get the Steelers close. With MVP RB Harris getting the Steelers on the door step, Bradshaw then found Brown wide open in the end zone for the clinching score that started a run of titles for the Steel City.

A Look Back: Rewinding to the 2006 Steelers Draft
SteelersGab 2009 Steelers Mock Draft 1.0