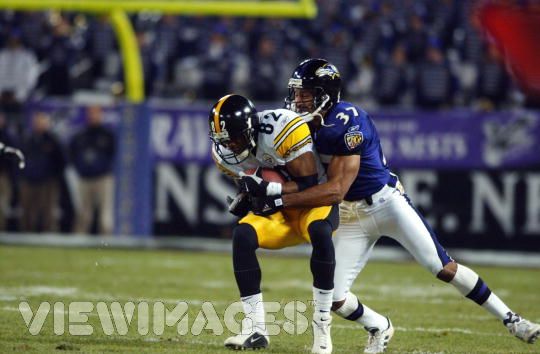 We all know that the Steelers have a rich tradition of big plays over the course of their history.  From six Super Bowls to countless playoff games to huge wins, the Steelers are the most celebrated NFL team in history for a number of reasons.  Today we continue our countdown of the “Top 10 Catches in Steelers History”.  Today, we throw out Number 9.  Be back tomorrow for Number 8:

In another classic battle vs the Ravens, the Steelers, then led by QB Kordell Stewart, were in a battle trying to stay atop the AFC Central and holding off Baltimore at the same time. In a back and forth affair, the Steelers were having great success going after the usually tough Ravens secondary. After a punt in the fourth quarter put the Steelers deep in their own territory, the Steelers looked for the clinching blow, and Stewart found it. Little known Bobby Shaw ran down a seam in the Ravens secondary, and Stewart delivered a perfect pass that ended 90 yards later with Shaw in the end zone, and the Steelers with another AFC Central title.

SteelersGab 2009 Steelers Mock Draft 1.0
SteelersGab Number 8 on Our List of the Biggest Steelers Catches of All-Time