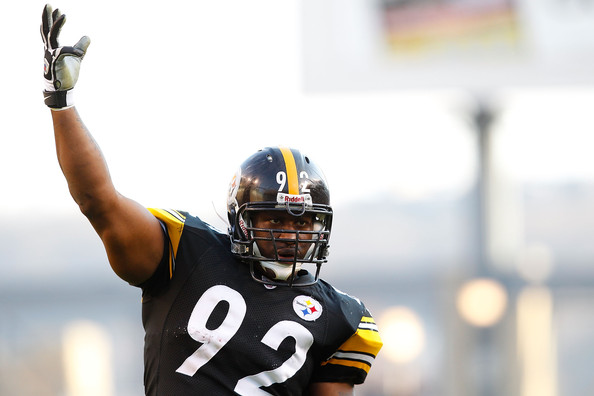 Steelers linebacker LaMarr Woodley has been ruled out of Sunday night’s game against the Ravens with an injured hamstring.

Linebacker James Harrison needs to visit a doctor Saturday to see if he will be allowed to play coming off his fractured orbital.  The team lists Harrison as probable.

Also, linebacker James Farrior (calf) has a chance to be in uniform.  The final injury report lists him as questionable.

From the defensive side of the ball to the offensive end, wide receiver Hines Ward (ankle) is expected to play.  He is considered questionable.

However, guard Doug Legursky (toe) and receiver Emmanuel Sanders (mother’s funeral) both will be out.