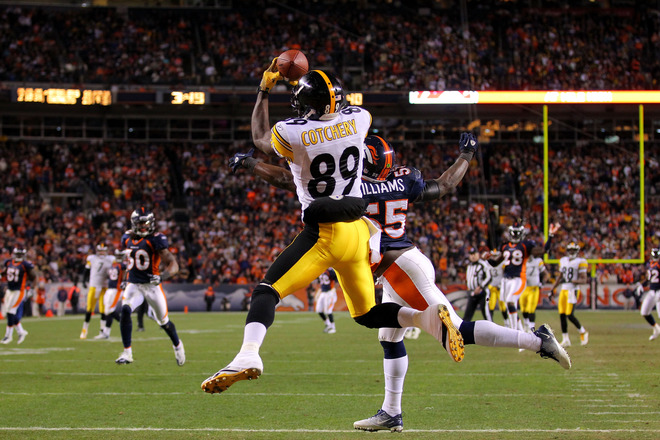 Pat Kirwan at CBS Sports kicks off the day with note about the Steelers and how they want to bring back WR Jerricho Cotchery. The former Jets WR, who played well down the stretch last season, remains on the free agent market. A market that still also has Mike Wallace on it at the WR spot, despite the fact he’s a restricted free agent.

I like what Cotchery did last season, and he could be even more valuable this year with Hines Ward gone. Add Ben Roethlisberger to the list that wants to see Cotchery back in Pittsburgh in 2012.

“Without Hines, I think you have to do everything you can to sign Jerricho back,” Roethlisberger said. “He’s not only a veteran leader in that room but a really good player. I’d love to see him come back because he’s a really good receiver and I like what he brings to the team.”

Last season Cotchery had 16 catches for 237 yards with two scores, and a catch for a 31-yard score in the AFC Wild Card game at Denver. If he does come back, and is healthy, I would expect more like the season before in NY, when he had 41 grabs for 433 yards with two scores.