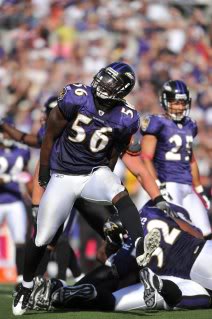 Like Stephens-Howling, Tavares Gooden would bring help to the special teams. Gooden, 28, was drafted by the Baltimore Ravens in the third round of 2008. Gooden played his first three season with Baltimore, before signing with the San Francisco 49ers in 2011. In 2009, Gooden started 12 games while racking up 47 of his 90 career tackles.

Antoine Caldwell has been in the league since 2009 (Houston Texans), and can play either guard or center. He has more experience at right guard over any other position. The Steelers do need help on the interior of the offensive line. NFL.com has Caldwell listed as a center. He has played in 39 games, 19 of those being starts.