Clayton: Steelers To Speak To Pouncey About “Free Hernandez” Hat 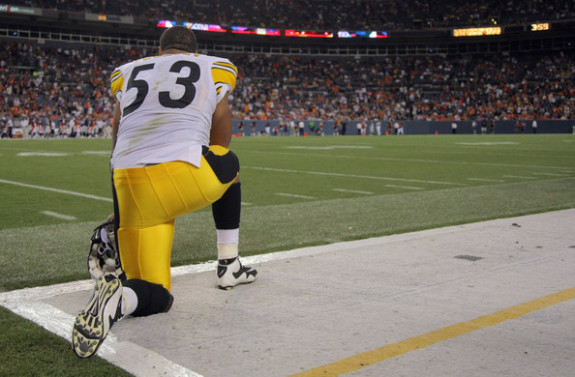 The Steelers and center Maurkice Pouncey have been taking a beating all day about the now infamous “Free Hernandez” hat he and his brother wore at a nightclub that was photographed.

The situation, which has reached national attention, has hit the Steelers, and according to ESPN’s John Clayton the team is going to have a chat with their Pro Bowl Center about the situation.

The Steelers are not commenting on the photos, but according to a source they plan to talk to Maurkice Pouncey about the photos. A source close to Mike Pouncey expects the Dolphins to have a similar talk with the team’s starting center.

More below on the Pouncey situation in the video from ESPN that aired on Sunday on the network.

Was Not Focusing More On The TE Spot A Mistake This Offseason For The Steelers?
Steelers Rank 14 In NFL Teams On Forbes List Of “Top 50 World’s Most Valuable Sports Teams”