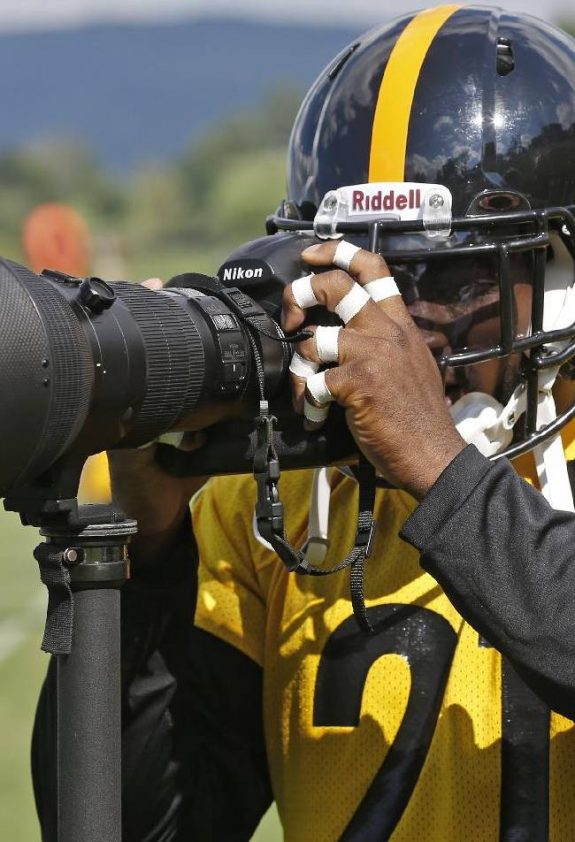 It’s official – the first Steelers depth chart of training camp 2013 is out – and as you can see by the tweet below, there’s a LOT of players in camp looking for a job. 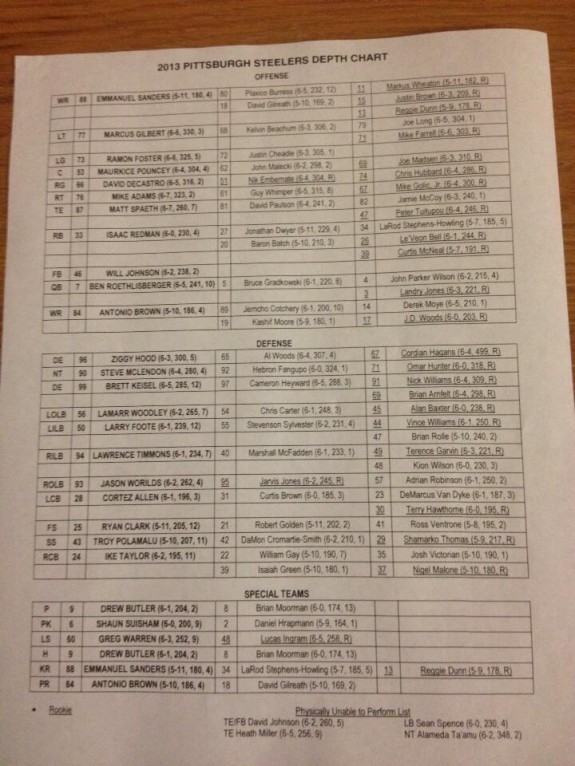 Some notes from the first depth chart:

As we stated last week, Jarvis Jones has started camp as the backup to Jason Worilds, not a big surprise, but a chance for Jones to eventually be the starter if he has a great camp.

With Heath Miller on the PUP list, Matt Spaeth, who was signed this last offseason, gets first team reps with David Paulson backing him up.

Isaac Redmen, who we wrote about a few days back, is the starter at running back, with Jonathan Dwyer backing him up. Le’Veon Bell is way in the back of the pack, but that will change as camp goes on.