Can The Steelers Afford To Bring Back Both Clark And Polamalu? 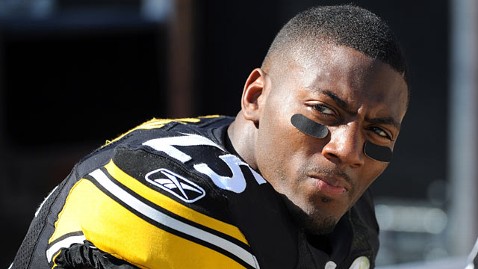 The defense for the Steelers is an aging unit that in 2014 gave up too many big plays, missed too many tackles, and allowed too many points in the clutch to lose games and again miss the postseason and go .500 at 8-8.

While players like Cam Heyward, Jarvis Jones, Jason Worilds, and even rookie Shamarko Thomas will be counted on for the future of the D, there’s still a huge question to ask about the back end of the secondary.

Safeties Ryan Clark and Troy Polamalu, both over 30, and both huge question marks about coming back in 2014, will be a focus of what direction the Steelers go this offseason.

Clark, 34, is free to do what he wants, as he’s a free agent and very well may have played his last game in the black and gold.

He didn’t have a great season in 2013, and in Clark fashion went for big hits way too often, and missed on a number of plays he should have made.

Clark has stated he wants to play in 2014, but the best the Steelers likely will do is a two-year veteran’s minimum type of deal, that’s if they want him at all.

The big rumor is that the team simply has to ask him to take a pay cut in order to have any type of flexibility with the rest of the roster.

Polamalu has been a Steeler his entire NFL career, and at 32 should still have 1-3 good years left in him.

He was a difference maker for the team in 2013, and it would be tough from a playing and team leadership standpoint to see Troy gone and in another uniform.

Clark was good at a time the Steelers won a pair of Super Bowls, and while he wants to play, he likely only will do it another 1-2 years before going into the media.

It will be tough to see him go, but to get over the top of two .500 seasons, the Steelers need to make the tough decision.

Let Clark go, ask Troy to take a pay cut with plenty of bonus money. If he refuses, the team will have its toughest decision of the offseason.

Report: Haley To Remain Steelers Offensive Coordinator In 2014
Will Either Bettis Or Greene Make It To The Hall This Year?