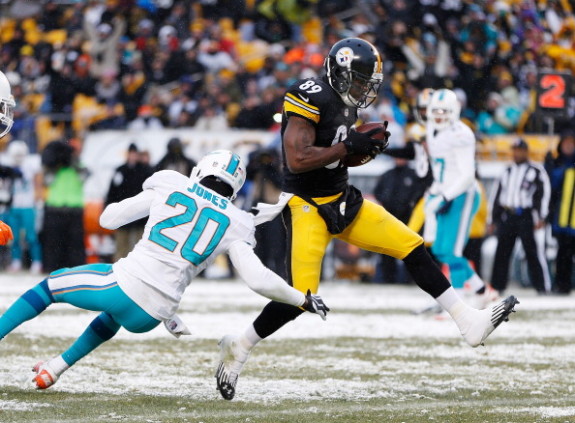 The Steelers and free agency are like oil and water. The two simply don’t mix.

Over the years the Steelers have lost plenty of good players who go on for the bigger buck to play elsewhere. Last seasons big defect was wide out Mike Wallace, who made waves when he said he didn’t get the ball enough in Miami, but wound up making 73 grabs for 930 yards with five scores.

This season comes another round of possible Steelers moving on, and some of those players very much were impactful for the team in 2013.

With an 8-8 season the last two years behind them, the club has decisions to make, and here’s five of the 22 players that are free agents the team needs to bring back next season.

1. Jason Worilds, LB – He came out of nowhere to dominate in games late in the season, and many felt that he would be replaced eventually by first-round pick Jarvis Jones. Instead, with LaMarr Woodley sitting the sidelines, Worilds shined, and needs to be back with the team next season. He’ll get a lot of interest on the market if he makes it.

2. Emmanuel Sanders, WR – This one is going to be tricky, as we all know that wide outs get big cash on the free agent market, and just like his teammate Wallace, Sanders wants to cash in. Last season he pulled in 67 grabs for 740 yards with 6 touchdowns. He also dropped a huge two-point conversion in the Ravens loss in November, a loss that wound up killing the team. Sanders got an offer from the Pats last season, and it’s likely he won’t be back in 2014, though the team does need him.

3. Fernando Velasco, OL – After Markuice Pouncey went down in week one, Velasco came in and saved the day, playing well until he went down in the Ravens game and was placed on IR on November 30th with an Achilles tendon injury. He played really well for a guy that didn’t play a snap for the team in camp, and was solid after getting released by the Titans and coming to the Steelers. The 29-year-old will add some solid depth on the line, a position the club always needs to improve on.

4. Ryan Clark, S – Clark has already stated that he wants to play in 2014, and he’d probably take a hometown discount to come back to the Steel City. Just like every other fan I hated seeing Clark miss on tackles and go to much for the big hit in games, but he’s a team leader, and he should come back and groom the teams next defensive backfield for the Steelers in 2014.

5. Jerricho Cotchery, WR – Last season with 46 catches, Cotchery made the most of them, taking 10 of them for touchdowns. He’ll be 32 at the start of the season, and has plenty of gas left in the tank to come back and be productive again in 2014. With Sanders on the verge of leaving, getting Cotchery back would be a big help for the wide out core next season.

Little Changes Will Turn into Big Results
Report: Woodley Unlikely To Be With Steelers in 2014