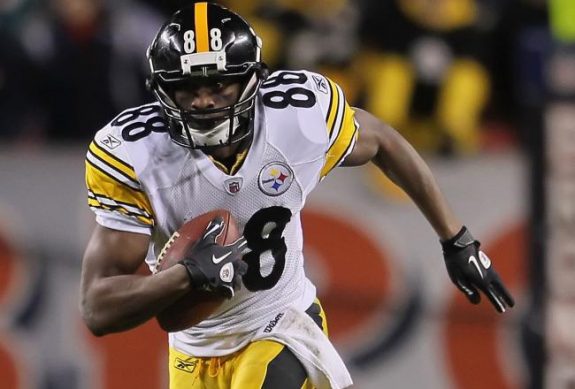 It seems like a forgone conclusion that Steelers soon to be free agent Emmanuel Sanders is as good as gone once he hits free agency Tuesday.

Sanders got an offer from the Patriots last season, but the Steelers matched the offer and he produced to the tune of 67 grabs for 740 yards and six TD’s.

Those numbers should be enough to grab a nice deal on the open market, and one team that reportedly is in the mix for his services is the Detroit Lions.

The Lions have a star already at wide out in Calvin Johnson, and Sanders could step in and be a productive number two for Matthew Stafford in that offense in Detroit.

After Johnson, the next leading pass catcher for the Lions was running back Joique Bell, who had 53 catches for 547 yards.

Their next wide out on the mix was Kris Dunham, and he had just 38 catches for 490 yards and two touchdowns.

Another hint about the Lions being a match for Sanders is the fact the teams official website considers Detroit a possible landing spot for the receiver.