Running back James Starks rumored to make visit with Steelers 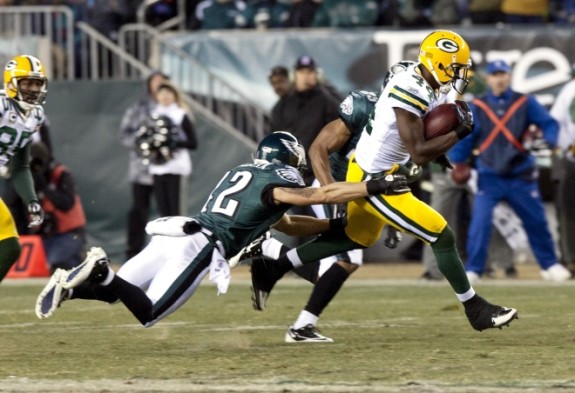 The Pittsburgh Steelers are rumored to host veteran running back James Starks, a free-agent from the Green Bay Packers, early this week.  According to Alan Robinson of the Tribune-Review, the Steelers may be interested in Starks due to the departure of Jonathan Dwyer who signed a one-year contract with the Arizona Cardinals.  The vacancy has left second-year rusher Le’Veon Bell without a substantial backup.

Starks was drafted in the sixth round in 2010 by the Buffalo Bills.  Despite limitations due to injury that season and in 2012, Starks recorded 493 yards on 89 carries and three touchdowns behind Eddie Lacy for the Packers in 2013.  In addition to rushing the ball, Starks caught ten passes for 89 yards and a touchdown.  In his NFL career, Starks has 1,427 yards on the ground – a 4.4 yard-per-carry average – five touchdowns and 45 catches.

Bell was able to set franchise records as a rookie in 13 games for the Steelers during the 2013 regular season (total yards from scrimmage).  Rushing for 860 yards, Bell also accumulated 399 receiving yards.  Unfortunately, Bell cannot carry the entire load and the Steelers will need a valuable alternative, especially on third-down situations.

LaRod Stephens-Howling has not brought much attention to himself since tearing an ACL in the Steelers’ loss to Tennessee last season and Pittsburgh is sure to try to find depth at the running back position.

Starks evolved and revolved in the Packers backfield and an offensive scheme that changed from a rushing team to an Aaron Rodgers passing frenzy.  Pittsburgh has traditionally, especially under offensive coordinator Todd Haley, tried to keep a balance between the rush and the pass.

Starks could benefit the Steelers in another way – taking a veteran minimum to sign with the team.  Ben Tate, who traveled from the Houston Texans to the Cleveland Browns recently, signed a 2-year, $7 million deal with the Cleveland Browns this past weekend and is comparable to Starks.  Starks would fit into the current offensive scheme of the Steelers as well, providing blocking from the backfield and as an outlet for Ben Roethlisberger, especially on short screens.

Whether the Steelers feel comfortable with Starks and sign him remains to be seen.  The Steelers will have to get a deal done that complies with the NFL salary cap to snag him.