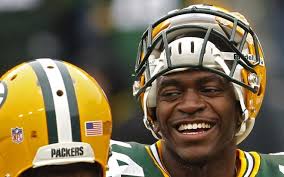 While it’s no secret the Steelers need help at the playmaker spot, they won’t be getting it from running back James Starks.

The back, who had a huge postseason in 2010 when the Packers eventually beat the Steelers in Super Bowl XLV, has decided to return to Green Bay.

While it would have been nice to land Starks, there are still free agent backs on the market that could help the black and gold.

Knowshon Moreno, Maurice Jones-Drew and eventually Titans RB Chris Johnson are three backs that could give the Steelers a boost.

The problem now is the cap space that the Steelers DON’T have, and how they are ever going to be able to afford one of those players.

That could very well have been the reason Starks returned to Green Bay.