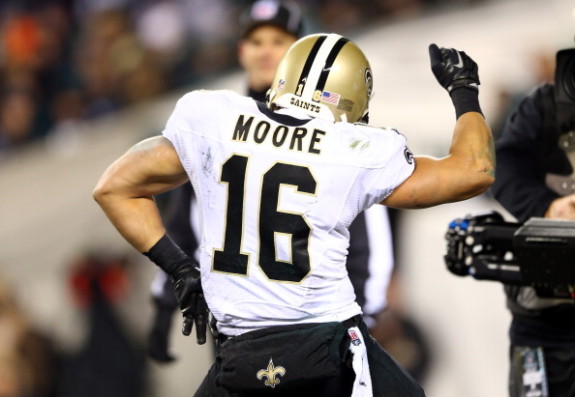 While it was a tough blow for the Steelers to lose wide out Jerricho Cotchery to the Carolina Panthers, the black and gold quickly moved to lock up free agent wide out Lance Moore, a wise move for a club that was starting to look bare at the wide out spot.

Moore will be penciled in for now as the starting wide out opposite Antonio Brown, taking the spot of free agent Emmanuel Sanders who bolted to take his talents to Denver to play for Peyton Manning and the Broncos.

The Steelers need playmakers for Ben Roethlisberger, and sure the team could get a solid second season from Markus Wheaton, and a great season from TE Heath Miller, who should be fully healthy for the entire season, but the bottom line is they need players that can catch the ball, and Moore fits that resume.

Moore will have to get use to not playing in the pass-happy offense like they play in New Orleans, but at the same time, if he can stay healthy, he will get plenty of chances with the black and gold in 2014.