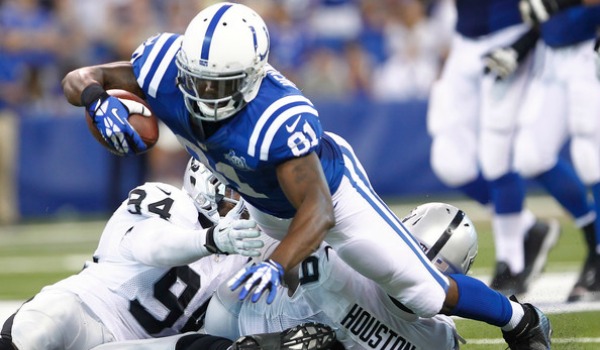 The Pittsburgh Steelers were sitting in a place where they had just one veteran wide receiver in Antonio Brown. Markus Wheaton and Derek Moye have yet to get much playing time in their short careers. However, the Steelers took the chance to sign Lance Moore who was formerly with the New Orleans Saints on March 21. Now today, the Steelers added another wide receiver to the mix by throwing in Darrius Heyward-Bey.

Heyward-Bey is a former first round overall selection in the 2009 NFL Draft by the Oakland Raiders. After his time in Oakland came to an end, Heyward-Bey went to Indianapolis to play with the Colts. Heading into his sixth NFL season, Heyward-Bey has yet to play like a first round pick but does offer a great deal of speed and capability of being a number three or four wide receiver in the offensive scheme.

Heyward-Bey signed a one-year contract with the black and gold. This signing is exciting nevertheless. If Heyward-Bey does not pan out with the Steelers, they will not be glued to a contract and can cut him quite quickly. Below are Heyward-Bey’s statistics:

For Steelers, salary cap issue next to be addressed
Keisel among 2014 free agents yet to sign