For Steelers, salary cap issue next to be addressed 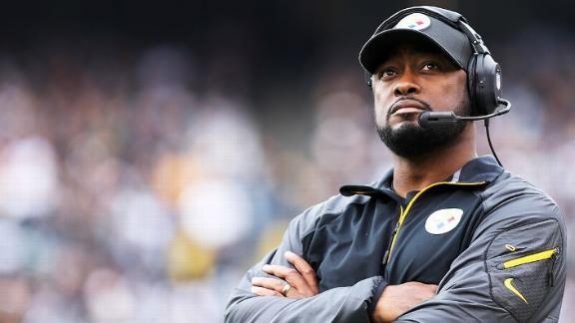 The NFLPA confirms that the Pittsburgh Steelers currently have the least amount of salary cap room of any NFL team and it is the lowest the organization has faced since the NFL calendar year began on March 11.  This bodes trouble if the Steelers have intentions to sign any new free agents to their roster.    The NFL Players Association reported that the Steelers’ salary cap number has dipped to $1,051,934 following the signing of wide receiver Lance Moore and linebacker Arthur Moats on Tuesday.

LeGarrette Blount postponed his earlier meeting with the Steelers to this Friday.  Blount was willing to take a pay cut last season with the New England Patriots, agreeing to a salary of $680,000 on a one-year contract.  If the Steelers hope to add a veteran running back to support Le’Veon Bell, which head coach Mike Tomlin seems to indicate is possible, the organization will need to pitch a similar deal.  With both the Patriots and Baltimore Ravens throwing their own interest into the mix, Blount may be looking for a better deal than the Steelers can offer.

While Maurice Jones-Drew also visited with the Steelers, he just turned 29 and only averaged a career-low 3.4 yards per carry in 2014.  Injuries have plagued Jones-Drew as well.  Three teams outside of Pittsburgh have also shown interest in Jones-Drew: The New York Jets, Miami Dolphins and New England Patriots.

Denver’s Knowshon Moreno still hasn’t decided whether he will remain with the Denver Broncos.  His salary will most likely be a request that Pittsburgh can’t afford.

Tomlin addressed the media at the NFL Owners’ Meetings this week, saying that Pittsburgh hasn’t spent the first 12 days of free agency doing anything special running up to the team’s arrival at Saint Vincent College for training camp.  “I think we’ve had some real positive developments thus far,” said Tomlin.  “We got a young, talented guy like Mike Mitchell, and Cam Thomas was important to us.”  Tomlin said the process is “ongoing” to find what the Steelers need most – quality depth and insulation against what is unforeseen in any NFL  season.

As for the upcoming NFL Draft and how it will go, Tomlin said, “I really just think it depends on how the rest of free agency shapes up.  “We have things that we feel we need to get done to insulate ourselves on both sides of the ball, and in the kicking game…what we don’t get done in free agency, we intend to finish off in the draft.”

The Steelers are reported to be attending pro days at Duke, Texas A&M and North Carolina this week.  Last week they visited pro days at Notre Dame, Michigan State and Florida State.