Steelers quotes: What players are saying about game, Ravens 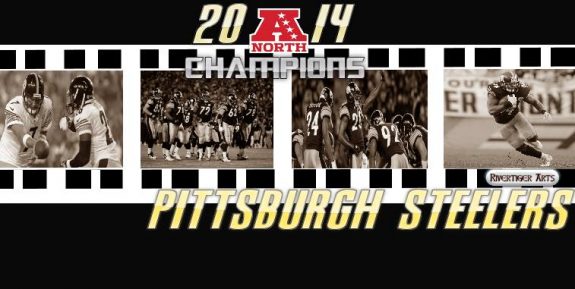 Re: The week:
It was a pretty good week. I felt pretty good with all the things they asked me to do. Hopefully that can show up tomorrow night.

Do you expect it to be a combination with all three running backs getting time?
Sure. I feel like we all have made sure that we have done all the things we need to do all week to show that we can help out our team. All I know is as soon as they ask me to play I’m going to do all that I can to make sure I can do it all.

How much have things changed for you since last week to now?
It’s not really about all I have learned it’s more about actually trying to get more reps. I feel like I’ve tried to learn about the same amount all year long so it’s not that they are trying to put a lot on me. It’s just the fact that I’m getting a whole lot more reps now.

How exciting is it for you to play?
Yes it is exciting. You hate to see someone hurt but at the end of the day I’m just trying to help out (and) try to do all that I can.

Re: Ben Tate:
He’s a smart back. He’s been in the league for a couple years. He picked up on the offense pretty well.

Re: The running backs being a tight group and how difficult it is not having Le’Veon Bell out there:
It’s hard. He’s a brother and he’s definitely a big part of this team.

How is he helping in terms of getting everyone ready despite him not going to play?
He’s doing pretty good. He has just been coaching us all up.

How big of a loss it is with Bell out?
He’s big part of our success this season. It’s a huge loss.

Re: Justin Forsett and why he’s been so successful:
Forsett has really stepped up for them whether it was catching the ball out of the backfield or just being a home run hitter for them. He’s really had a lot of plays over 20 yards. He’s able to take advantage of the defense.

Do you feel Josh Harris is ready?
Absolutely.

What about his game makes you think that?
He’s explosive. I think we got glimpses and flashes of it next week. I’m sure he’s excited about the opportunity this week.

How much do you enjoy the Steelers/Ravens rivalry?
You have to get up for it. There’s nothing better than playing against them and no better team to play for than the Steelers.

What makes the Steelers/Ravens such a good rivalry?
It’s everything that goes into it. The preparation, the brutality, the energy, the excitement. It’s the type of game that you want to be a part of.

Do you feel that each individual player has to step up to replace Bell?
I think we all have to be ourselves regardless of who’s out there. We have to will the team to win and be ready to deliver plays.

With Bell not playing does that put more pressure on the shoulders of the defense?
It’s no more pressure to me. We have back up players and guys behind Le’Veon to come in and fill in with circumstances like this. We’re going to take the next guy up and hopefully he’s ready to go in there and play to the level we need him to so we can go out there and win. We can’t sit back and worry about things that we don’t have. We worry about the things that we do have.

Re: This possibly being the last time that the 2014 Steelers’ team play together:
That’s a given each year. No team is the same coming back the next year. I don’t care who you are, every individual on that team won’t be back. That’s just situation every year.

Have you spoken with Le’Veon Bell and what is your take on his injury situation?
With injuries you just kind of let those things go with how the player is feeling and what coach sees fit. I saw him doing a couple things but until you get hit in a game you really just don’t know how that’s going to react to the situation that you’re in.

What makes the Ravens so difficult to run against?
They draft to stop the run. They bring in players to stop the run and in this league if you can’t run the ball then you can’t really win in certain instances. Our job is going to be able to run the ball. That has to be goal number one because then you open up for Ben (Roethlisberger) and the receivers no matter who’s in there. Le’Veon is a dynamic guy but our job is going to be run first and let Ben do his job. Because if they shut down the run all you have to do is drop in coverage and protect the passes.

What sets Haloti Ngata apart?
His size (laughing) number one. But as big as he is he is very athletic. He’s a guy that has blocked passes against us and caught an interception. He’s that type of guy. Getting that push up the middle to where the ends, (Terrell) Suggs and (Elvis) Dumervil, can get sacks. That’s where he’s very dynamic at. He makes you really zone in on him whereas other guys just play off of them. He’s a guy that really makes it tough to block.

What has Mike Munchak done for the offensive line?
He’s brought out our strengths. He’s a guy that really maximizes our strengths and just overall your mental game is on top. He won’t set you up for failure. I commend him. I think he’s one of the best coaches period that I’ve had a chance to work with. I’m excited to see him for years to come and he’s a very even-keeled guy. If you have a bad play he’s not going to make it seem like you’re the worst player in the world. He wants you to build on top of that. By far one of the best coaches I’ve been around.

Re: Baltimore’s running game:
They have a great running game. Gary Kubiak and (Justin) Forsett have been doing some great things in the running game.

Are they doing anything different since the last time you faced them?
No. They’re pretty much doing the same thing (they’re) just executing. Forsett is a patient runner. He finds the holes and is making a lot of splash plays.

Do you have any confidence entering the game with the way that you’ve been stopping the run currently?
Yeah I think so. I still think there are some things that we can fix and we can be better in that aspect.

What do you expect the environment to be like on Saturday night in your first playoff game against Baltimore?
I expect it to be crazy. It is a big playoff game, but like you said, it’s Baltimore coming to town. A fierce rival and I expect a lot of juice to be in the stadium.

What does playing Baltimore mean to your team and is there anything extra to it aside from it being a playoff game?
Just the rich tradition of hatred we have for one another. Those are two great franchises going against each other all fighting for one goal.

What would it mean to the team to get Troy Polamalu and Ike Taylor back?
It would mean a lot. The guys have a lot of experience, (have) played in numerous playoff games (and) won Super Bowls. To have them on the field would be big.