LeBeau joins Tennessee Titans after being honored by Pittsburgh 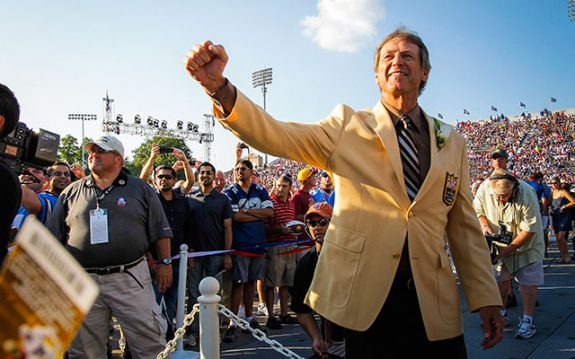 Just hours after the city of Pittsburgh (PA) honored recently departed, long-time Steelers defensive coordinator Dick LeBeau, presenting him with a ceremonial key to the city, news that the football wizard will be named associate head coach of the Tennessee Titans was announced.

LeBeau was so beloved by the people of Pittsburgh that the city council proclaimed the month of February to be ‘Dick LeBeau Month’.  Councilwoman Darlene Harris offered the following statement during the ceremony on Tuesday, “Affectionately called ‘Coach Dad’ by his Pittsburgh players, few people in this world have garnered such deep and abiding admiration of the people of Pittsburgh.  We love him for his excellence on the field of play; we love him all the more for the man that he is.”

Now it looks like LeBeau will soon have keys to Nashville as well.

Expected to make the announcement formally on Thursday, LeBeau will be reunited with Tennessee Titans head coach Ken Whisenhunt and work with Ray Horton, the Titans’ defensive coordinator.  Horton was a former assistant coach with the Steelers and played for LeBeau as a member of the 1980-83 Cincinnati Bengals team. LeBeau was the secondary coach at the time.  Whisenhunt was the offensive coordinator for the Steelers from 2004-2007 before heading to the Arizona Cardinals as head coach.

Interestingly, it was merely two weeks ago that LeBeau visited the Cardinals and head coach Bruce Arians – also with ties to the Steelers organization.  LeBeau resides in Cincinnati and it was rumored that a job in Arizona was too far outside the 77-year old LeBeau’s comfort zone.  Nashville is a mere four-hour drive from the Titans’ home base.

Steelers vs Patriots Kicking Off the 2015 Season? Seems Likely
DE Brett Keisel Talking Like He Would Return If the Steelers Want Him in 2015