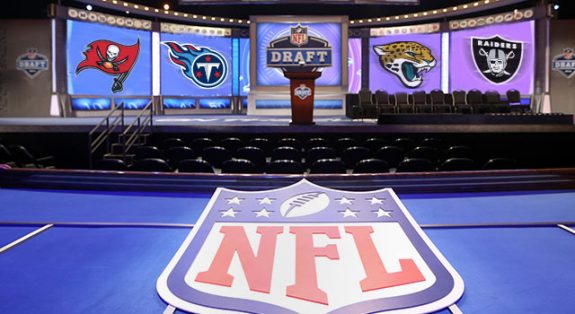 The NFL tonight announced 34 compensatory draft picks going to 14 teams. The Steelers are one of those teams on the list.

Scott Brown of ESPN announced that the Steelers will get an extra seventh-round pick in the 2015 NFL Draft to take place in May. The pick is the 252nd overall pick, and the team cannot trade the pick.

The Steelers received a compensatory pick in the 2015 NFL draft. The Steelers get a 7th-round pick, 252nd overall.

Now that the compensatory picks have been announced, the Steelers officially have eight picks in upcoming draft. One in every round and two picks in round seven.

Everyone in the division received at least one compensatory pick minus Cleveland. The Bengals will get an extra third-round pick and a fourth rounder.

Baltimore got three extra picks Monday, adding a pair of fourth-rounders and a fifth.