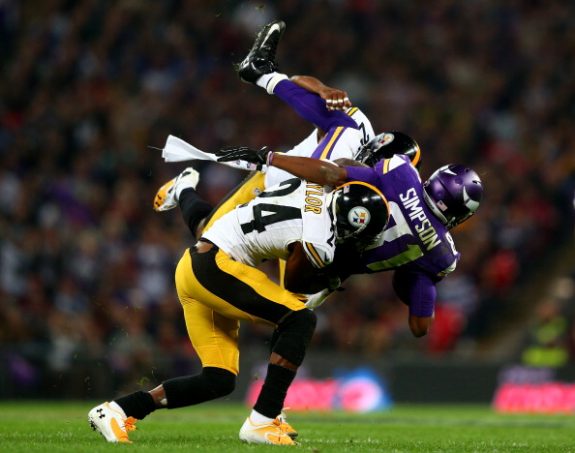 It seems like it’s the offseason for retirements for the black and gold, as today Steelers cornerback Ike Taylor announced his retirement.

Taylor walks away after a 12-year professional career, all of which was played with the Steelers.

The move comes less than a week than safety Troy Polamalu, the Steelers’ first-round draft choice in 2003, announced his retirement

He also joins linebacker Jason Worilds as players who have retired from the Steelers this offseason. Worilds left the game at the age of 27 in a stunning move as he was a free agent this offseason.

Losing Taylor isn’t a huge shock to the Steelers, as he was not going to be back in 2015 and likely would have only gotten a one-year deal in free agency, something he wasn’t able to find thus far.

“I wasn’t cut, I wasn’t released. It was just my contract was up and it was time to retire,” Taylor said. “If you want to have pride, well that is the kind of pride I have, being able to play my contract out.”

The 2003 draft pick started 140 games for the black and gold, and walks away with two Super Bowl rings, picking off a pass in the 21-10 win over Seattle in Super Bowl XL.

Taylor started 133 of a possible 144 games during the eight seasons in which he was a starter at the CB spot.

Taylor finished his career with 14 interceptions. He also was known for being strong in run support. He finished with 517 tackles.