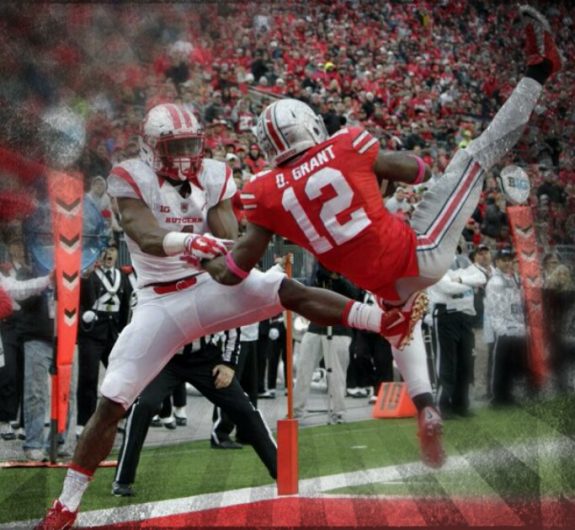 The Pittsburgh Steelers stayed on track in the fourth round by targeting a second defensive back in Ohio State’s Doran Grant.  Selected number 121 overall in the 2015 NFL Draft, Grant is a physical defender that spent time in the Big Ten against receivers that were NFL-quality.

During the 2014 season with the Buckeyes, Grant was voted co-captain and started all 15 games at cornerback.  Although listed as a defensive back, the Steelers have indicated at this time that they are likely to utilize him at the cornerback position and not safety.  The Buckeyes won a National Championship with Grant finished second on the team with five interceptions – ranking him at sixth in the Big Ten.  A First-Team All-Big Ten player, Coates recorded three interceptions and 28 tackles against five ranked opponents.

While playing for coach Dan Boarman at Akron St. Vincent-St. Mary, Grant was a receiver, cornerback and kick returner an two-time all-state honoree for the Irish.  Grant was named to the Under Armour All-American game and also lettered in basketball in high school.  Proving to be a great all-around athlete, Grant also played hockey.

NFL insiders and scouts view Grant as a physical defender that can wrap-up and put a solid hit on receivers.