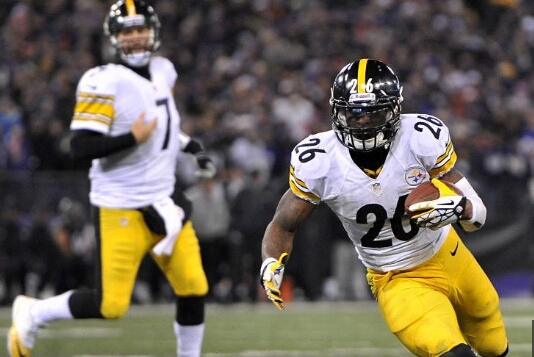 Steelers Game Grades, Week 3
The Pittsburgh Steelers defeated the St. Louis Rams on Sunday, 12-6, in a surprising defensive struggle. Lost in the victory was the injury to Ben Roethlisberger who is expected to be out with a MCL Strain and a bone bruise 4-6 weeks.
Defense-A

The young Steelers defense held the Rams to 72 yards on 18 carries. The Steelers overcame Ryan Shazier’s shoulder injury as Sean Spence and Vince Williams did a good job containing the run. The play of this unit was the main reason why Pittsburgh was able to walk out of St. Louis with a win. The Steelers were able to stop the Rams on a 4th down play in the final minutes of the game and Will Allen had a huge interception that led to a Field Goal that put Pittsburgh up by 6 in the 4th quarter.

Nick Foles was held to only 197 yards and sacked twice. Arthur Moats and Stephon Tuitt were credited with the sacks. Pittsburgh much maligned defense has played very well these last 2 weeks and hopefully it’s a sign for things to come.
Offense-C
The offense was able to move the ball for the most part but stalled once it was in the red zone.  Le’Veon Bell had the lone Steelers touchdown and provided a spark in his first game back since suspension. Ben’s injury was a key factor in the offense output sputtering but still was inconsistent before the injury.

Antonio Brown was once again Ben’s main target finishing with 11 catches for 108 yards and extending his streak of 5 catches for 50 yards. The line wasn’t bad but it wasn’t great either against one of the better Defensive lines in football. Mike Vick came in and didn’t do anything special finishing with 5-6, 38 yards and a fumble. With a short week due to a Thursday night game against the Ravens, Vick will be better suited with more reps and a scaled down play book.
Special Team-A minus
The unit did a great job in coverage and Josh Scobee connected on both of his attempts. Pittsburgh was aided by a fake pass play that went incomplete but overall the unit was solid this week.
Coaching-B Plus
I think the staff did a good job considering the circumstances of Ben’s injury and was able to come to come out of St. Louis with a win. Moving forward, I’m very eager to see how they will react at home against the hated rivals – Baltimore – on a short week.