Between the Hashmarks: A Prediction That Has Come True For Steelers 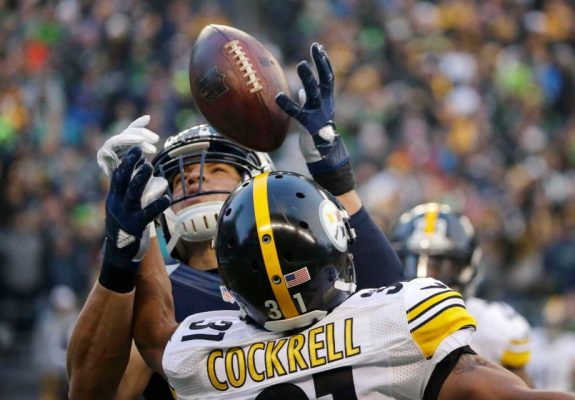 I am not one to toot my horn, but in light of the result of Sunday’s week 12 loss by the Pittsburgh Steelers to the Seattle Seahawks, it’s time to get real.  In a previous feature I talked exclusively about the lack of depth at the cornerback position.  I reported fan responses to a quote by Mike Tomlin back in March, before the 2015 season even began.

“I expect the guys that we have to continue to grow and get better…I expect to add credible, competent men to add to that mix to provide competition and put them in a competitive environment and see who comes out on top.  I’m completely comfortable that at the end of that we’re going to have above the line corner play.”

The general consensus by fans was that they not only had very little faith or satisfaction in how Tomlin and Kevin Colbert used the draft to create depth at corner.  In fact, in the poll, 30.51% of fans responded “dissatisfied”. 45.45 percent of fans were “unconfident” in the corners on the current roster.   William Gay was the corner fans had the most faith in (51.79%).  That was then.  If social media is any indication, after the Steelers’ defensive backfield got burned by the Seahawks and Russ Wilson, that dissatisfaction has only increased.

In March, I posted:

I don’t like to speak for fans as a whole – but as a fan of the team myself, I think the statements by the Steelers, their staff and coaches leave me feeling more than uneasy about how the Steelers’ defense will fare against teams who love to stretch the field and attack corners.  To see a great Steelers offense struggle because their defense can’t get the other team off the field or prevent points on the scoreboard is worrisome.  I love to see the Steelers succeed.  Last season, I needed Pepto Bismol after nearly every game.  I was, admittedly, disappointed that the team did not immediately target McCain to re-sign.  McCain created turnovers and was more impressive to me that Allen and William Gay.  That makes me wonder if I am going to have a full-blown ulcer before the preseason is even over in 2015.

I had no idea that my unease would lead to me needing virtual surgical repair of ulcers caused by a horrendous performance on Sunday.

(Please, keep reading by using the navigation below the banner that shows other links you may like to see my full analysis)